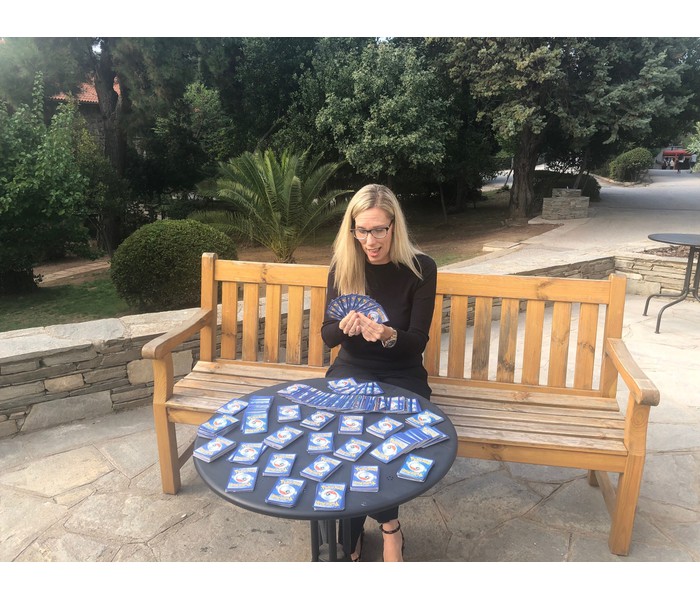 With the proliferation of technology in the lives of our children today, we are beleaguered to find activities which engage young minds without involving a screen. Playing a sport is one of the best ways to build the physical skills and character that young people need to flourish – sportsmanship, competition, and teamwork come to mind. Another activity that dually provides the opportunity for young people to cultivate valuable skills and build character without a screen is one that, I dare say for fear of revealing my age (to those few who think I’m younger!), was popular when I was in elementary school and continues to be popular among a select group of mostly adult enthusiasts. The activity? Card collecting.

As someone who was in constant competition with my brother, I used to play baseball in an all-boys league, so naturally I started collecting baseball cards, too. From the coveted rookie cards to the all-star lineup, I was enthralled with finding that next great card and spent hours calculating my decisions to trade the right card for my collection.

This is why I was delighted to see card collecting pop up at Pinewood this year. Unfortunately, the context in which it was brought to my attention was less than encouraging. Students were continuously caught fighting over Pokemon cards in their quest to collect all cards in the Pokemon Card Series. Okay, it’s not Johnny Bench or Reggie Jackson, but it is using intellectual maneuvers to build a collection of something!

So, rather than ban Pokemon cards from school, which would have been an easy way for us to avoid the fighting that can happen around the competition to collect, I decided that it would be much more productive to write this plea to our parents – a request to sit down with your child and share the beauty and benefits of building a collection, be it Pokemon cards, Hot Wheels cars, coins from around the world or anything that sparks a passion for the child. I ask that you talk to your child about how to build a collection the right way and about the ensuing joy that comes with getting that next piece in the collection by respectful means.

In discussing this with my colleague, she came across an article worth sharing here. In it, the author outlines 8 reasons why collecting something you love is good for a child’s brain. I share these 8 reasons with you here.

It’s indisputable. The value of collecting something a child is passionate about has resounding benefit on the human brain and human character – and hopefully doesn’t involve a computer screen. As such, we will continue to allow those Pokemon cards to be shared, traded and collected at Pinewood. There’s good reason to do so. And, our parents must be our partners in conveying the best ways for their children to do so.

As for my baseball card collection, which is packed away in my parents’ house in Ohio, it is waiting for my 5-year old son to take over one day around this time of the year…as the World Series is about to begin!

PDF version of the article