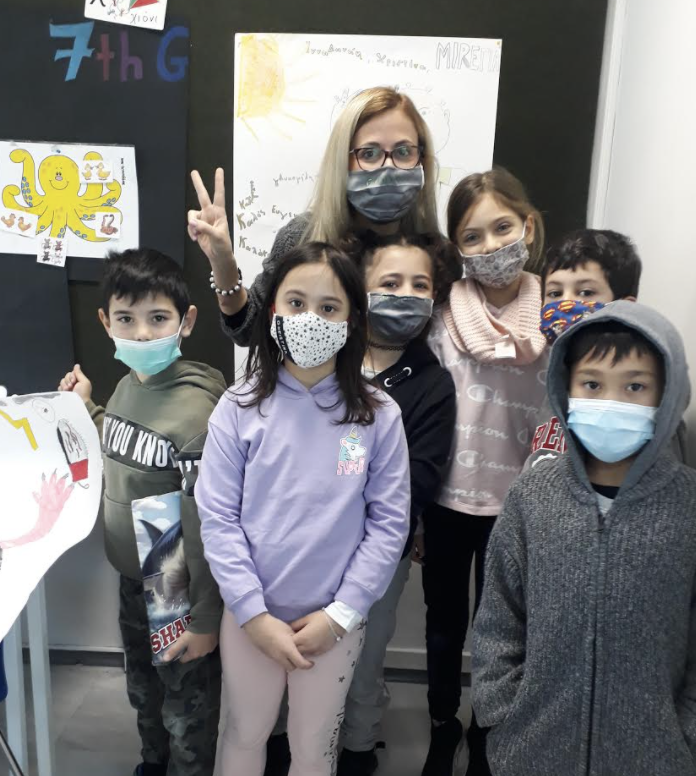 In our Elementary Native Greek class, Grade 3 students have been working on a project based on the short story ‘The Selfish Giant’  (Ο Εγωιστής γίγαντας) by Oscar Wilde under the directions of the Greek elementary language teacher Ms. Sophia Konstantinidou. The students were so excited to interpret  ‘The Giant’s character transformation to a kind-hearted person.

The Selfish Giant conveys the message of allowing love to flow into our hearts so that we can learn how to love everything that is around us!

An angry Giant lives alone in a castle with a beautiful garden where children often go and play. After the Giant’s complaints, the children stopped visiting and the garden stopped blooming so it turned into an eternal winter. One morning the Giant was lying awake when he heard some lovely music. It seemed to him that he heard the most beautiful music in the world but it was only a little linnet outside his window…the spring has come at last…Then, the Giant said: «Ι have many beautiful flowers but the children are the most beautiful flowers of all». 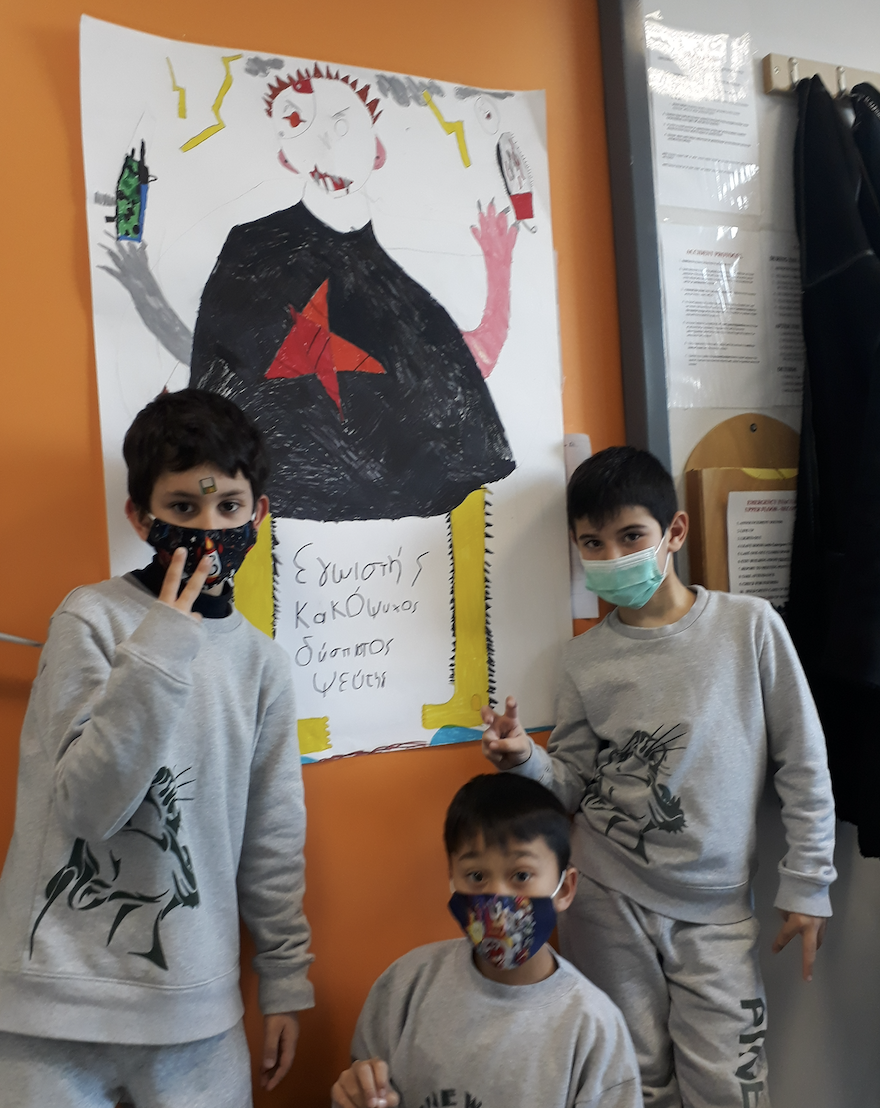 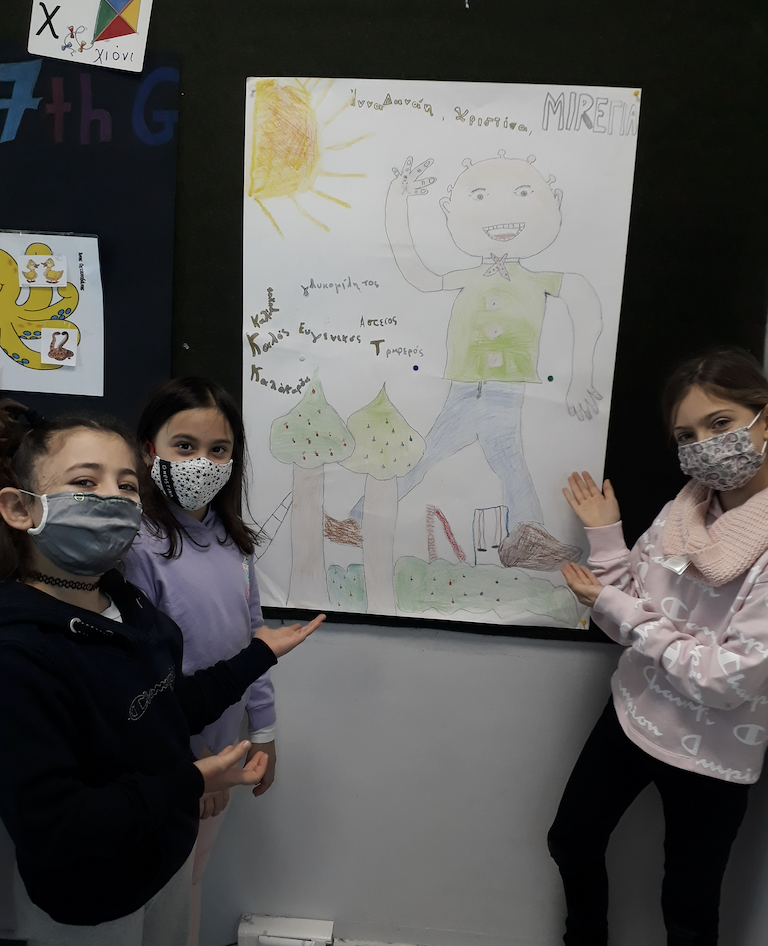 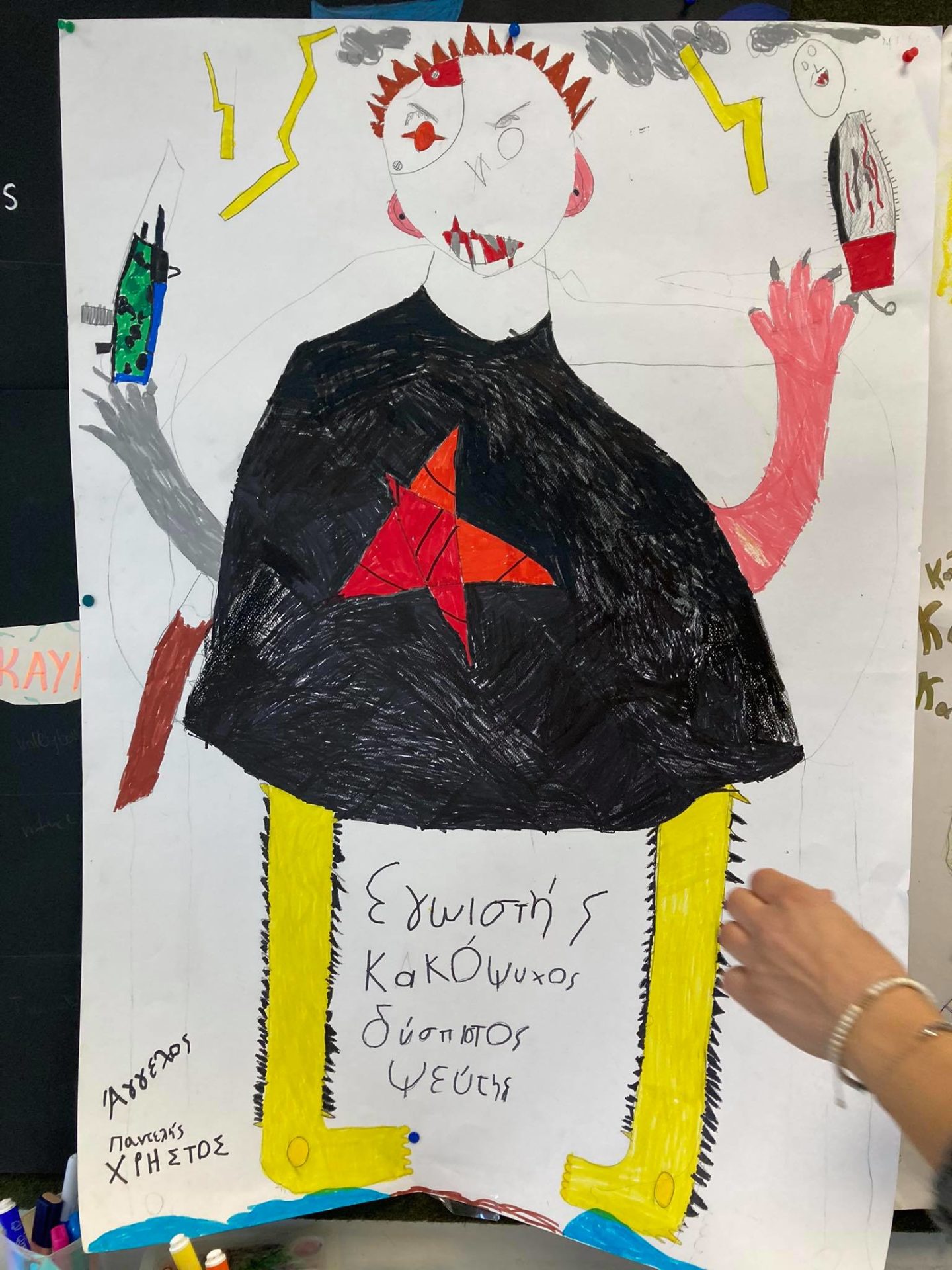 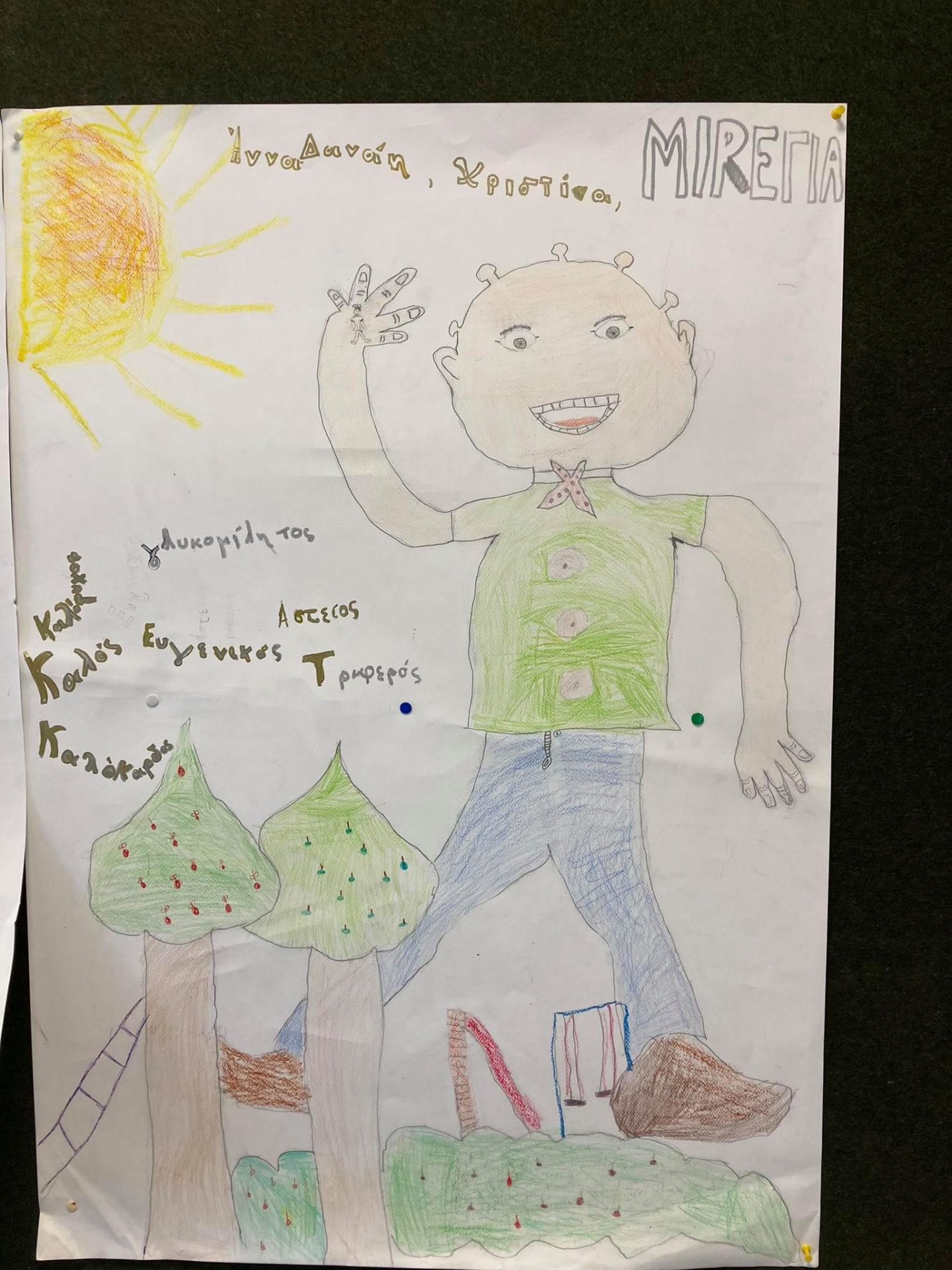