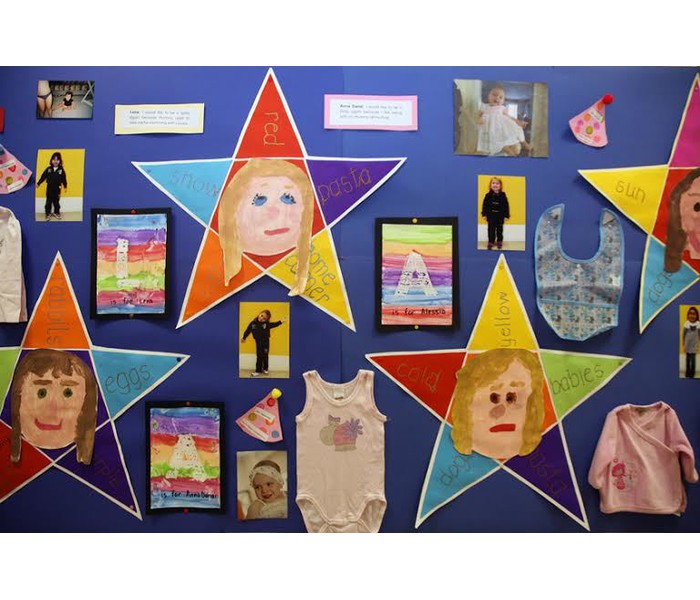 Earlier on this month the children of PreK 1 began the theme entitled ‘All About Me’. They learned that their first home was Mummy’s womb and that they stayed there for nine whole months! They tried to imagine what it was like growing and moving around inside. So they drew themselves as babies, then made a paper plate womb and put themselves inside. The children also brought in baby clothes and baby photos to talk about how they have grown and developed in three years. They were amazed by how many things they have learned to do since they were babies. And as we can see, some of the PreK 1 ‘Stars’ are only too ready to play ‘Mummies and Daddies’. Maybe in twenty or so years time… !