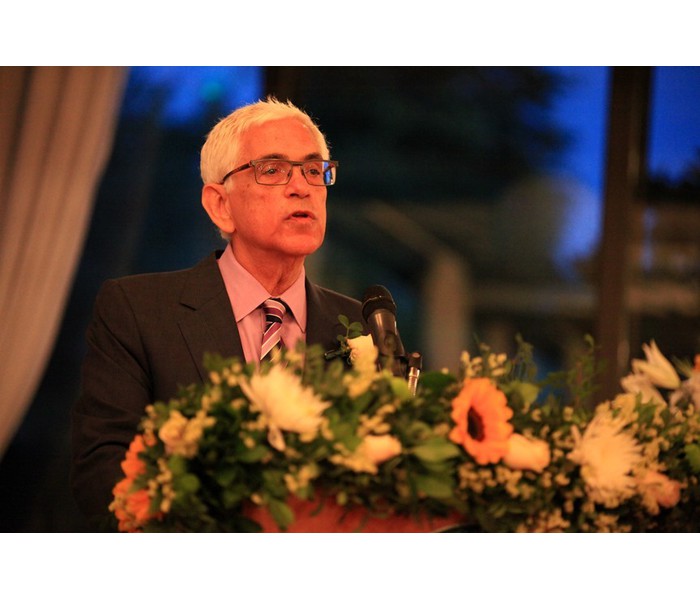 Dr. Alexander Nehamas, Princeton University, addresses our Class of 2019 at the Commencement Ceremony. Read his speech and see photos from our event below.

Graduation speeches should be brief.  They interfere with the most important things you now have to do: to celebrate your graduation and to begin to live the life your education has prepared you for.  I won’t stand between you and them for long.

Your school is part of “globalization”: a school in a Greek city, which teaches at least four languages, to students who come from eighteen different countries and will leave for several more to study, live, and explore; it provides a solid background in the humanities and the sciences, as well as the practical and ethical aspects of life; it prepares you to live and work in a unified world and aspires that you become what the Stoic School of Philosophy in ancient Greece called “cosmopolitans.”  But “cosmopolitan” is not the same as “globalist.”  The important word here is “politis”—citizen, a citizen of the world—that is, an active participant in human affairs, with rights but also with obligations, with desires and needs of your own but also with respect for the desires and needs of everyone else.

Globalization has become synonymous with the power of a relatively few multinational entities—institutions or individuals—to pursue their own interests, which often conflict with the interests of smaller units as if families or nations no longer matter.  Against the forces of globalization are arrayed proponents of a virulent nationalism, rising in Europe, the United States, South America, and East Asia.

But nationalism is not the enemy of globalism, it is just its other face.  Where globalism ignores national values and boundaries, nationalism believes that nations have an intrinsic identity, often cemented through blood ties, and advocates a one-sided concern for one’s own.  It sees others as enemies and defines itself against them.  The real enemy of globalization is not nationalism but a humane internationalism, a commitment to the improvement of the lot of everyone in the world, ideally consistent with one’s own needs, but sometimes even if it conflicts with the immediate interests of one’s own.  It is a commitment not to secure privileges for oneself that depend on depriving others of theirs.  Humane internationalism is tempered by respect for others and a devotion to justice.  Is such a thing possible today?

Let me use a historical parallel.  We know that slavery was essential to the life of ancient Greece.  How did one become a slave?  Usually, as the result of losing a war, when the defeated men were either killed or taken along with their wives and children to the victors’ city, where they became literally their owners’ property—their chattel, “tools with souls,” as Aristotle once described them.  Most Greeks thought that slavery was a bad thing, a misfortune that could strike indiscriminately.  Although most slaves were, in the ancient sense of the word, barbarians, that is, not Greek, many were still Greeks captured by other Greeks during the constant warfare among the Greek city-states.  In principle, everyone could become a slave, as long as one was on the losing side of a war.  Whether you were a slave or not was a matter of chance, an issue of luck: It could happen to anyone.  Here is Hector, in Homer’s Iliad, anticipating the end of Troy: “None of this troubles me,” he tells his wife, Andromache, as he says farewell to her,

so much as the thought of you, when some bronze-armoured Achaian leads you off, taking away your day of liberty, in tears; and in Argos you must toil at the loom of another.

As one ancient put it:

If someone is a slave, he still has the same flesh, for no one was ever born a slave by nature; it is chance that has enslaved his body.

The question is not whether slavery was actually necessary for the economy of Greece: The point is that the Greeks couldn’t imagine living life as they knew it without it.  They may not have liked it but they had nothing else to put in its place.

Slavery still exists in some parts of the world but it is not nearly as extensive as it once was.  But chance and luck are still determining how we live.  The first world, the developed nations, have, on the whole, a standard of living never before seen on earth.  At the same time, the majority of human beings—more people than ever before—is living in poverty, violence, and ill-health—in 2016 over 820 million people—a number that may now be close to a billion— went hungry.   But who was born in the first and who in the third world is simply a matter of luck and chance.  We don’t deserve to have been born here any better than they deserve to have been born there.  Many of us would prefer to live in a world without these inequalities but, so far at least, we have no idea how to raise the thirdworld standard of living enough without sacrificing our own.  And when I say “our own” I mean “your own” as well.

It is your own as well because the education you have received has given you what you need to belong to the forefront of the educated classes who will have the greatest influence on the events of this century.  As President Gianpapa has put it so well, Pinewood has given you an education that is, first,  transformative: it rejects rotelearning and focuses on ways of absorbing information and developing ways of thinking that allow you to articulate your own values and orientation in line with the school’s principles; it is, second, diverse in an intellectual sense, acknowledging that students have different interests and abilities and refusing to put everyone in a single Procrustean mold; it is, third, inclusive, respecting the values of others without blindly acceding to them, engaging you all in a collective process of learning and engendering the collaborative virtues that promote cooperation between individuals and among groups.  I can think of no better combination of principles that will help you accomplish your school’s purpose: to prepare you to thrive on your own but not at the expense of others.  How you do that is something each one of you will have to figure out for your yourself.

Will you be successful?  I hope so, but no one can guarantee it.  We live in an uncertain world, governed by chance.  How to respond to that uncertainty?  I will give you an answer that may sound surprising: You must respond to it pessimistically.  But “pessimism” is not here, as we usually think, the view that things are bound to get worse—that is just the other face of the view that things are bound to go better.  Such pessimism and its contrary optimism believe that history has a built-in direction: They both deny chance.  Think instead of pessimism another way: A skeptic, we might say, knows nothing; a nihilist values nothing; a pessimist expects nothing.  We can’t ever predict how things will turn out, well or badly, especially when big changes—the changes we need to make—are involved.  I would like to turn to a poet to explain what I mean.  Or rather two.  Here is a free rendition of one of the Odes of the Roman poet Horace by the Irish poet Seamus Heaney:

HORACE AND THE THUNDER

Anything can happen. You know how Jupiter

Will mostly wait for clouds to gather head

Before he hurls the lightning? Well, just now

He galloped his thunder-cart and his horses

Across a clear blue sky. It shook the earth  And the clogged underearth, the River Styx,  The winding streams, the Atlantic shore itself.

Anything can happen, the tallest things

Be overturned, those in high places daunted,

Swoops, making the air gasp, tearing the crest off one,  Setting it down bleeding on the next.

Ground gives. The heaven’s weight  Lifts up off Atlas like a kettle lid.

You might think that this is too pessimistic for a day like today, a day of joy and celebration.  But it is not.  It does not say that terrible things will happen–that would be the wrong kind of pessimism.  The poem is pessimistic because it says, twice, that anything can happen, that we can never be sure that things will turn out as we want—but they might!  And that things might turn out as we want is the best reason for trying to make them turn out as we want—better than thinking that they are bound to work out for the best, which leads to a satisfied complacency, or that they will necessarily fail, which reduces to a resigned inaction.  Chance, so to speak, gives us a chance—a chance to change what has been and to bring about what is not yet.  There is, as I said, no guarantee of success.  But there is a guarantee of a chance of success and however uncertain, that is all you need in order to make the effort.

The principles that govern the education your school has given you have encouraged such a combination of patriotism, humane internationalism, and an appreciation of the complexity and uncertainty of life.  And, remember, if anything can happen, anything can change.  You have what it takes to change things, to take an ample and capacious view of your own interests, to place and pursue them within the constantly expanding horizon that incorporates more and more people within it.  You have been studying next to students from various countries, ethnic origins, and cultural backgrounds and you have been living in a cosmopolitan city, a crossroads of different languages, religions, and civilizations.  You are already cosmopolitans.  You now have to live accordingly.

II have emphasized the uncertainty that envelops our life.  You are about to experience it first-hand, beyond the more or less safe cinfines of your school.  I am confident that your school has given  you the qualifications to succeed.  But to be confident is not to be sure.  So, in addition to congratulating you for what you have achieved already, in addition to celebrating your graduation, in addition to hoping that you have every success, I would also like to wish you—Good Luck!