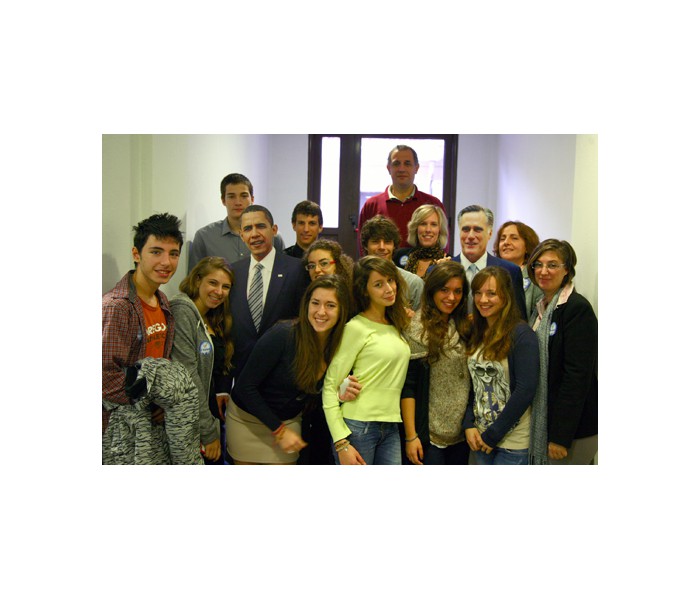 Ten Pinewood students had the privilege of watching the polls as they closed on Wednesday morning (Tuesday night in the States) and seeing Barack Obama win the U.S. Presidential election. Hosted by Mr. Robert Sanders, U.S. Consul General in Thessaloniki, the Election Breakfast was an opportunity for our students, as well as students from Anatolia College and the American Farm School, to learn about the election process in the United States and to experience the excitement of the election process there. While eating breakfast and learning about the election, students watched live streaming video of Mitt Romney’s concession speech as well as Barack Obama’s victory speech early in the morning on Wednesday.