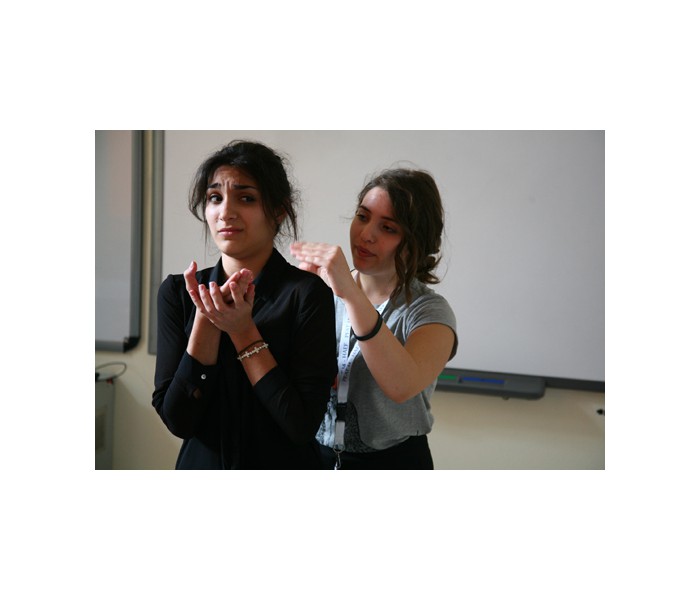 The final weekend of March saw a group of 19 students ranging from grade 9 all the way to 12 travel to Athens in order to compete in the Annual Panhellenic Forensics Tournament.  Forensics is a Language Olympiad that encompasses many different skills ranging from the creative and dramatic, to academic and informative, through 6 different events including: Oratory, Impromptu, Group Discussion, Debate, Oral Interpretation of Literature and Duet Acting.

This year’s tournament, held by HAEF, saw Pinewood return for a second year in a row with the largest team in nearly 10 years, and the first team to field all 6 events since the early 90’s.  The students had been working hard since before Christmas, and were rewarded with many stand out performances.  A last minute scheduling change brought our bus back in the wee hours of the morning, but the reward was to to hear the Savvas Sfairopoulos (Grade 11, Impromptu), and the duet team of Niya Kafedzhyiska and Rita Platanos (Grade 9, Comedic Duet) were both rewarded with Honorable Mentions.

The students were wonderful ambassadors of Pinewood, both in and outside of the tournament, and the Pinewood Community should be proud of their accomplishments.  A fire was lit for many of the first time participants, and with the tournament returning to Thessaloniki next year, preparations are already under way. We wish to extend a warm “Thank you!” for the support, and encouragement, of colleagues and family alike.