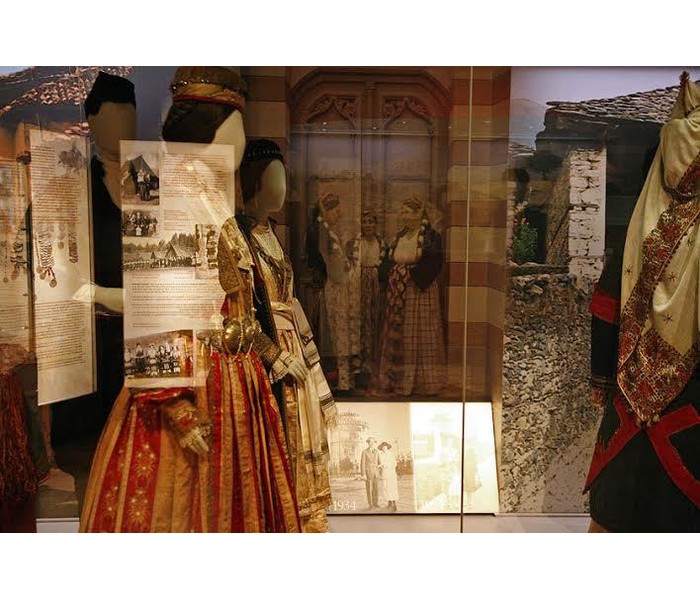 Fashion designers take inspiration from many different sources, including history, culture, art and music. For the past three weeks Grade 9 students have been studying the art styles of the 18th century including fashion. Paintings by Boucher, David and Ingres were presented and portraits of famous ladies of the time, like Madame de Pompadour or Madame Recamier, were examined and admired for their impeccable style. On the 3rd of February we culminated this Unit on art and fashion by visiting the
Ethnological Museum of Thessaloniki in order to study Greek traditional costumes from 1860 to 1960.
The Museum’s Traditional Costume exhibition presents 55 outfits from Macedonia, Thrace and neighboring areas worn in the pre-industrial age. “The way in which these costumes developed was governed by the laws of tradition” the museum’s curator told us. They were handed down from one generation to the next, from mother to daughter, their style kept alive from craftsman to apprentice.
While Greek traditional costumes did not follow “fashion” developments, small changes took place at a slow pace, because in traditional society any change had to be generally accepted by the community as a whole.
It was an motivating trip. So much so, that inspired by the amazing Aprons Greek  women wore at the time, our students decided to research the symbolisms of Apron Designs further, create their own Aprons, and present the outcome of their work during the Greek Independence Day school celebration.