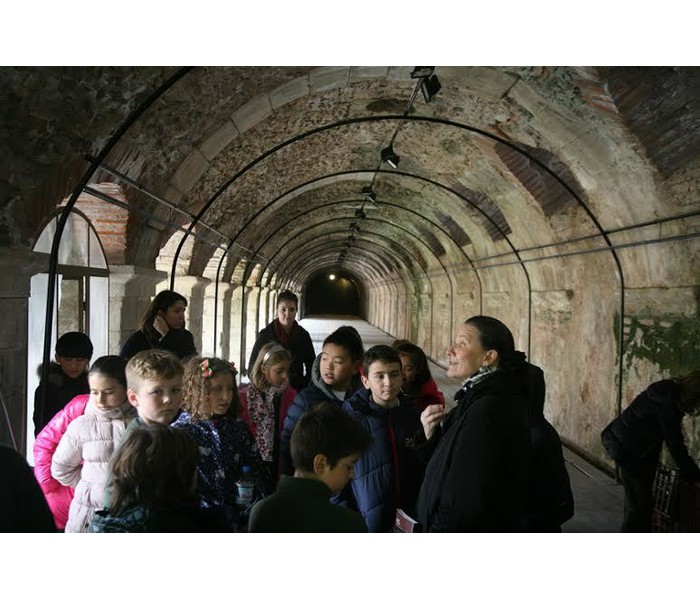 Right in the center of most Roman cities there was a big open space called Forum. People met there to do business, to sell and to buy exotic goods, to see their friends, to find out about the news, and even to visit a public Library. Usually the Forum had stone pavement, and around the edges there were fancy buildings like Temples, colonnaded Stoas, Basilicas, and elegant shops. The Roman Forum of Thessaloniki is no exemption.

Construction for the Roman Forum of Thessaloniki began at the end of the 2nd century A.D. on the site of an older forum dating from early Imperial times. The complex was arranged around a rectangular paved square, with elaborate two-story arcades with a double colonnade of the Corinthian order on three of its sides. The southern Stoa stood on a vaulted substructure, a cryptoporticus, making use of the natural slope of the land. Along the whole of the cryptoporticus, lay a row of shops, creating an ancient shopping street which ran along present-day Philippou St. In the
middle of the east wing, on the site of an earlier council – chamber, a building for public performances was erected, which, on the basis of the inscription and the statues of Muses found there, must have functioned as an Odeon.

After the tour, our students lingered in the cryptoporticus to play in the eerie atmosphere of the place and discussed what particularly caught their eye during the tour.

It was a chilly, windy day, entirely suitable for a trip in Thessaloniki’s magnificent Roman Forum.