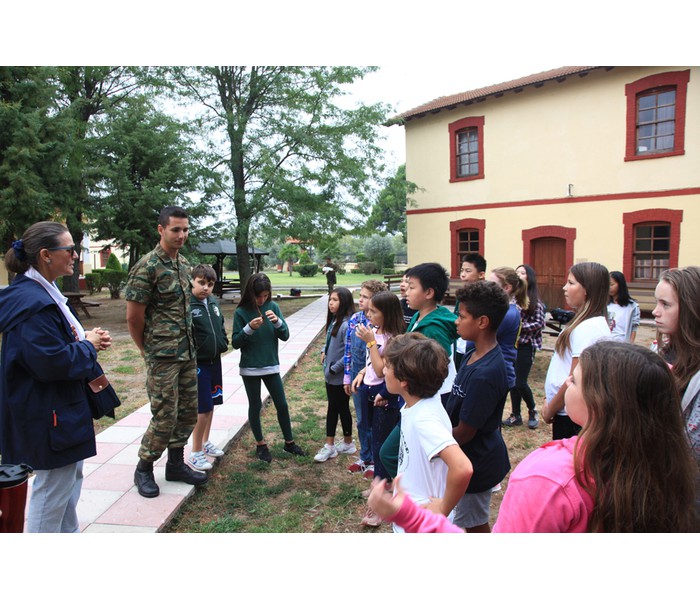 Every year Pinewood Middle School students visit major Thessaloniki Museums in an attempt to better understand the city’s history and culture. Visiting the Balkan Wars Museum in Gefyra was a unique experience.

Located in the village of Gefyra and housed in the country villa where the Greek Crown Prince Constantine negotiated the surrender of Thessaloniki by the Ottomans in October 1912, the museum occupies the two-storey villa, built by the Modiano family and known as Villa Topsin, in 1906. It is furnished with authentic furniture, used by the Modiano family and the Greek Army negotiators in 1912. The bedroom in particular, Crown Prince Constantine used the three nights before Thessaloniki’s surrender, is exactly as it was, back in 1912.

The exhibits consist of photographs and lithographs of the Balkan Wars of 1912-13. Of particular interest are four paintings by Kenan Messare, son of the Ottoman Commander Hasan Tahsin Pasha who surrendered the city to the Greeks.

Our students were especially interested in the military decorations awarded by the Greek, Turkish, and Bulgarian armies, the medals, the most important of which is an extremely rare Bulgarian medal depicting the heads of the four kings of the Balkan states, and the exhibited army uniforms.