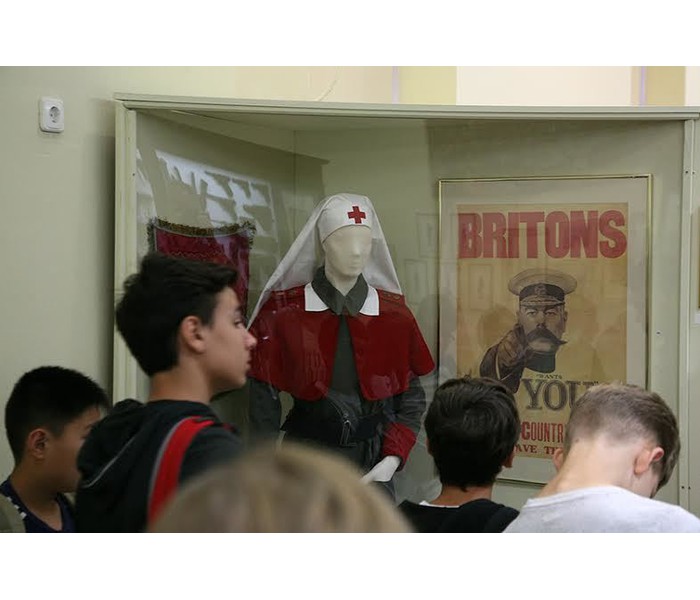 Thessaloniki’s War Museum opened its doors to the public in October 2000, in a building designed by architect Vitaliano Posseli and erected between 1900 and 1902. The building’s purpose was, originally, to serve Ottoman army needs, then to serve
the needs of the Greek 3rd Regiment, and today the people of Thessaloniki and visitors as a fine Military Museum.
The museum’s mission is to help preserve historical memory and heritage in Northern Greece, stressing through its permanent collections important events from the Greek War of Independence in 1821 to the end of World War II. Museum exhibits include photographs of the times, Greek army uniforms, weapons of the Greek army, replicas of artillery and ships, works of art, stone engravings, maps, paintings and postcards.
With the help of these exhibits our Grade 6 students were able to get a better insight to the Balkan Wars and the Liberation of Thessaloniki back in 1912.