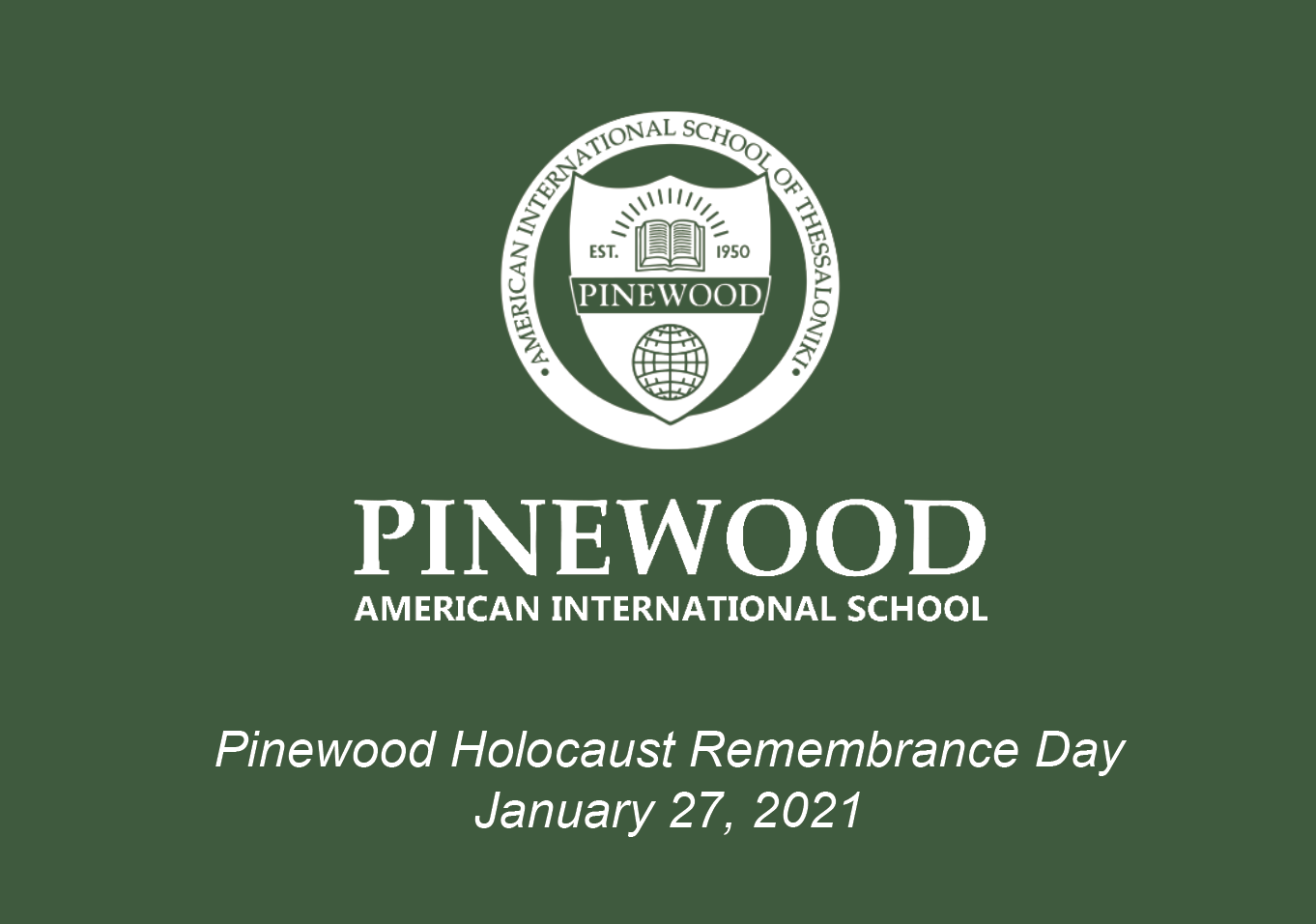 Today, Jan 27, 2021, we honor the International Holocaust Remembrance Day, marking 76 years since Auschwitz-Birkenau was liberated by Allied forces. The Holocaust was the systematic, bureaucratic, state-sponsored persecution and murder of approximately six million Jews by the Nazi regime and its collaborators. The Nazis, who came to power in Germany in January 1933, believed that Germans were ‘racially superior’ and that Jews were ‘unworthy of life,’ a threat to the so-called German racial community. For this reason, they implemented a policy they titled “Final Solution,” a monstrous plan to exterminate the Jewish population and other groups, such as the Roma, from the face of the earth. To some extent, they succeeded, millions of people losing their lives in concentration camps in horrible conditions. Yet some of them managed to survive, their stories forever serving as a warning to all people of the dangers of hatred, bigotry, racism, and prejudice.

For this year’s Remembrance Day, Pinewood students examined letters that mothers sent to their sons from their ghetto in Thessaloniki, only a few days before their deportation to Auschwitz. They drew the primary sources from an amazing book that Dr. Leon Saltiel, Representative at UN Geneva and UNESCO, and Coordinator on Countering Antisemitism for the World Jewish Congress, recently published. We are grateful to Dr. Saltiel, as he graciously provided us with the English translation of the letters as well as his permission to use them. You can find Dr. Leon Saltiel’s book HERE.

Studying these letters, IB History students provided us with the historical background of the events, namely a timeline of the brutal confinement of the Jewish population in ghettos, whereas IB English A students analyzed the literary value of these texts, highlighting the stylistic devices that elevate these letters into inextricable parts of world heritage.

“Rainfall” by Nicholas Karamichalis, Class of 2022

Describing the horrors and suffering these people went through can certainly not be achieved in its entirety. For this reason, IB students have tried to capture the trauma of the Holocaust through short stories and poetry. 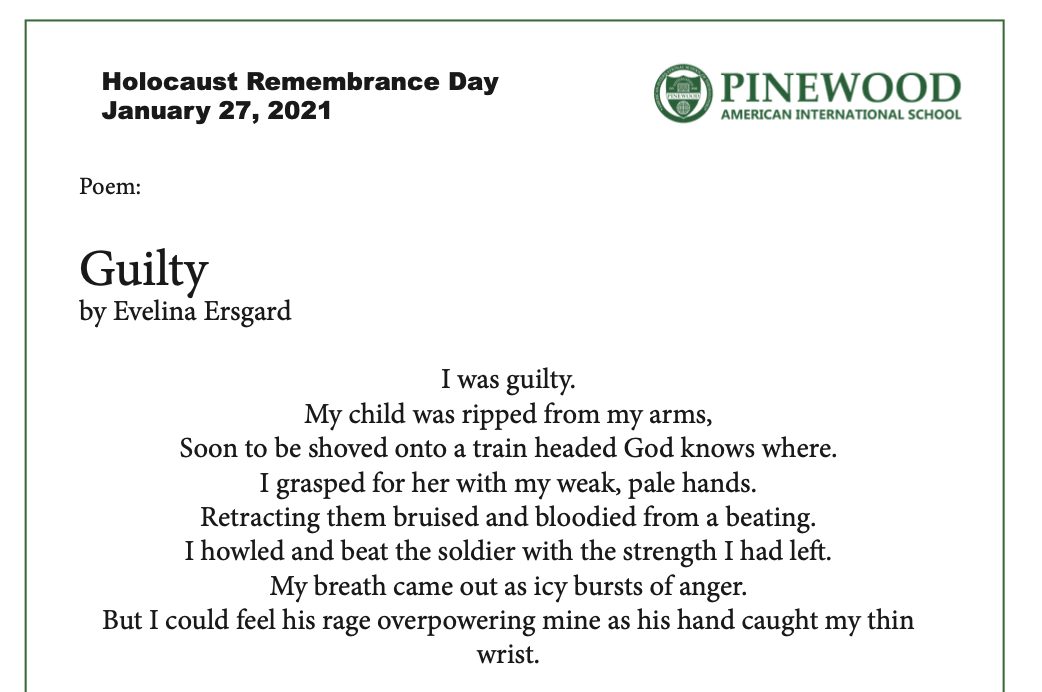 No matter how hard someone tries, words will never be enough to convey the tragic thoughts and emotions that all those people, young and old, women and men, experienced in the hands of their captors.. 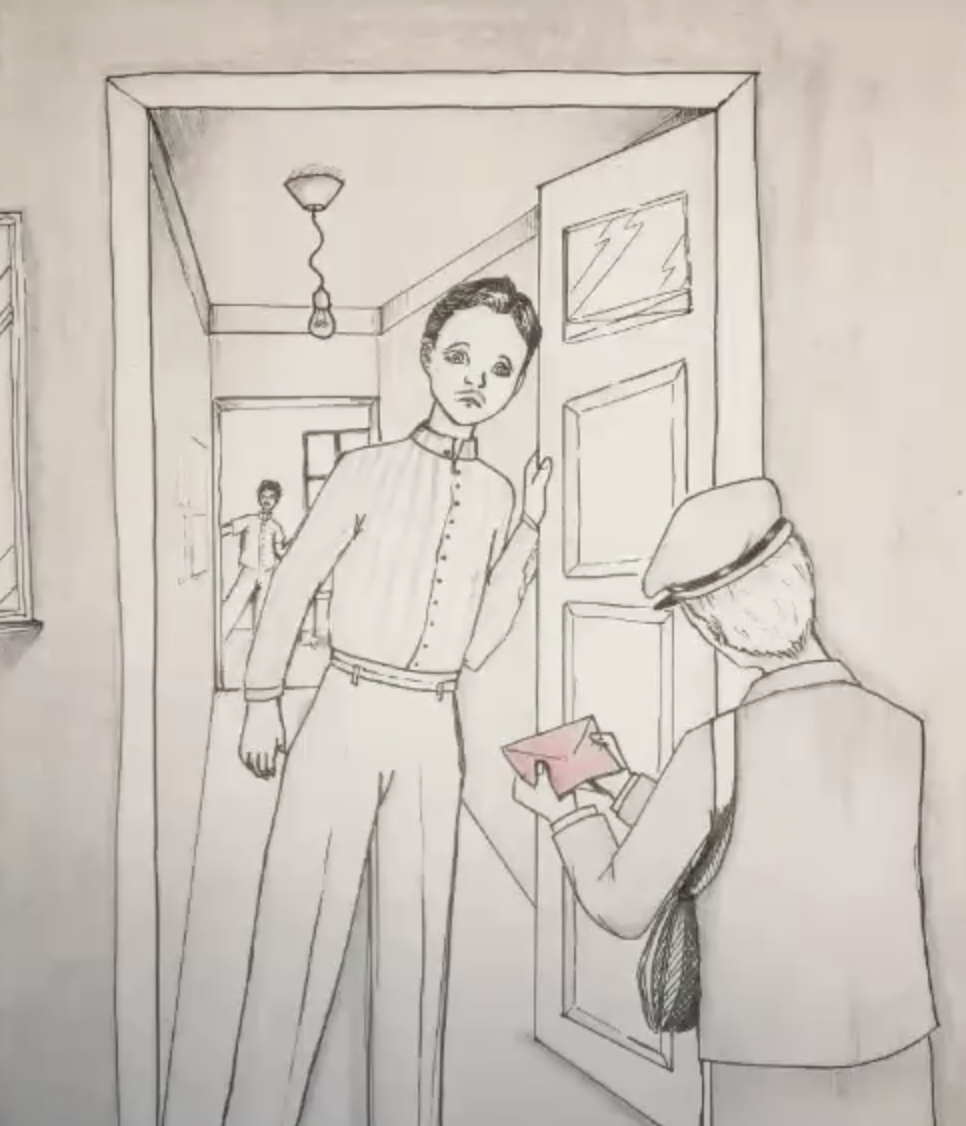 Morenica, by  Grigoriadou, Class of 2021

Foteini Grigoriadou, with her angelic voice, performs a nostalgic Sephardic song,  Morenica. It is a wedding song that was likely composed before the expulsion of the Jews from Spain in 1492, a true testament to the rich Jewish culture and tradition that has brought words and music to the modern era. 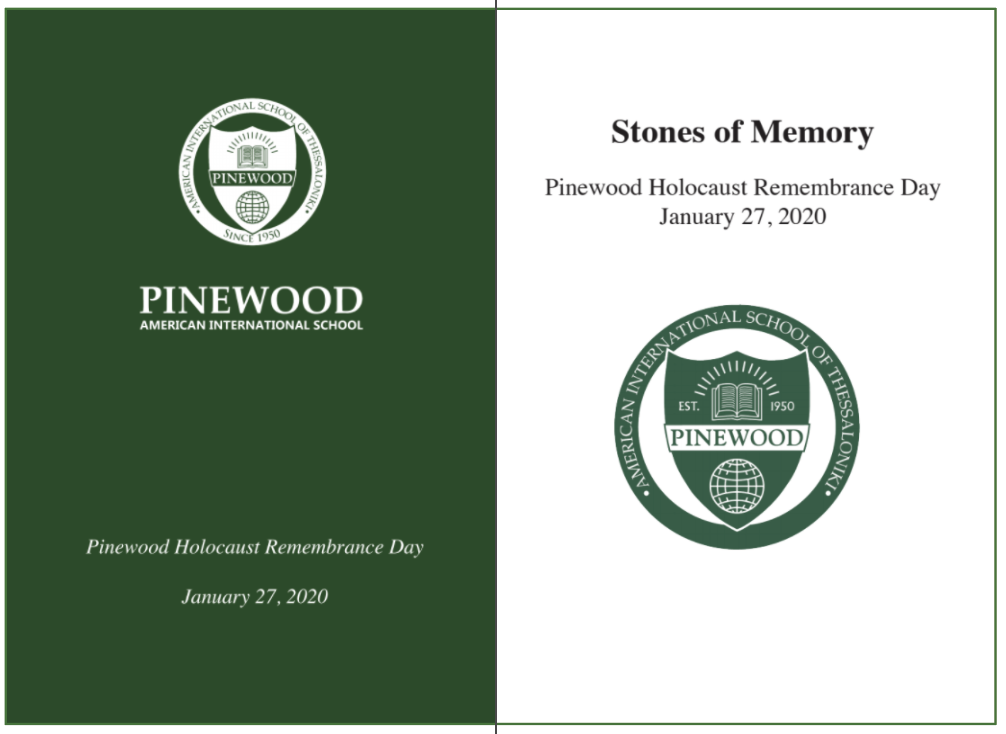