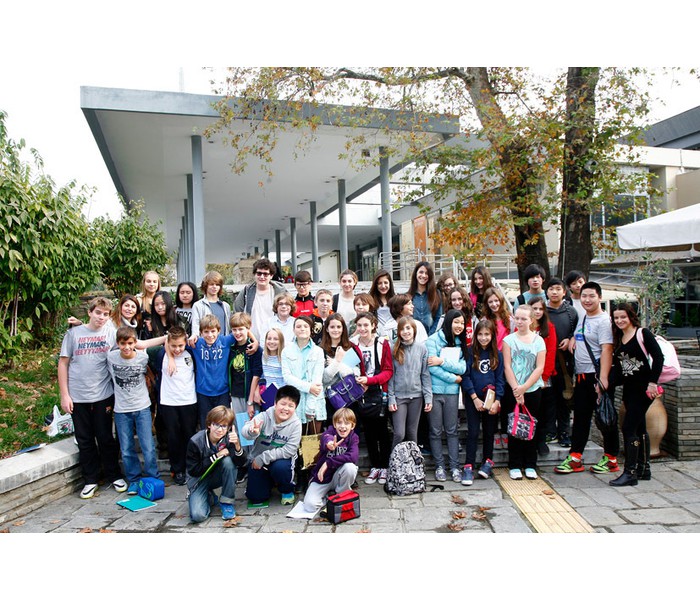 The history of mosaic goes back to the 4th millennium BC, when the artists of Mesopotamia used colored terracotta cones, pushed point-first into a soft background, to decorate the columns of the palace in Uruk. It was the Greeks, however, in the 4th century BC, who raised the mosaic technique to an art form, with precise geometric patterns and detailed scenes of people and animals, first, with the use of pebbles, and later with colored stone tesserae.

By the Hellenistic period, manufactured glass “tesserae” were used by Greek artists to further enhance the quality of the mosaic work. Artists by using very small stone and glass tesserae, sometimes only a few millimeters in size, were finally able to narrate unique stories inspired by the Greek myths.

The Archaeological Museum in Thessaloniki holds some colorful and incredibly detailed mosaics from Roman imperial times. Our Middle School students, were guided in the Archaeological Museum mosaic gallery and learnt about the difficulties of making a mosaic as well as the myths depicted on them. On Friday, November the 21st, they will try to become artists themselves, and designed their own mosaics. I hope, all we will hear in our Pinewood classroom will be the “sound of creativity”, a wonderful experience!