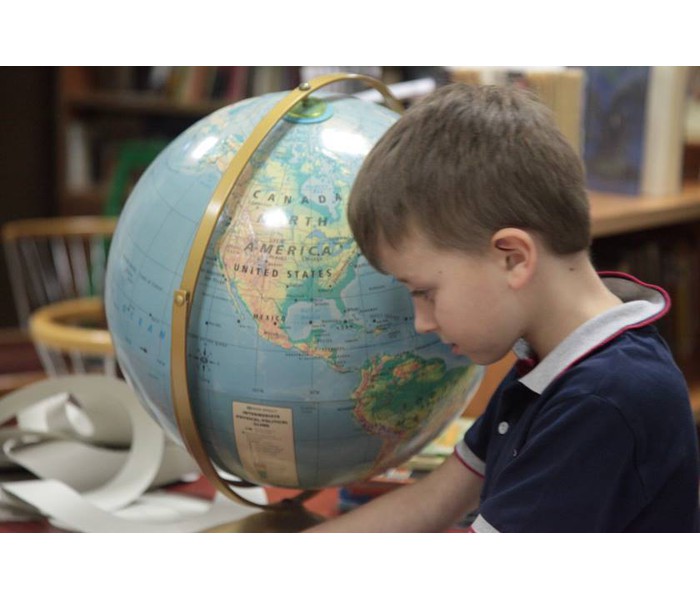 One of my favorite eternal optimists and a self-professed exponential thinker, Peter Diamantis is a sanguine force in the world today. As an MIT and Harvard graduate, he has the intellectual capital to back his innovative and buoyant ideas and inspire us to think differently about everything from education to space flight.

So, as the charitable season is upon us – a time to give back to the world – I find it rewarding to share a recent ebook published by Diamantis, a concise 20-page blog compiling data to prove that the world is getting better. For Diamantis, the barrage of negative news, which we pay 10x more attention to than positive news, is distorting our perspective. In order to protect our abundant mindsets, we must see through (not ignore) the negative. Only then will we be able to make a positive impact. For me, this is crucial as it translates to making a positive impact on our Pinewood students, too, by helping them build an abundance mindset.

Following is an even more concise summary of Diamantis’ thoughts. However, be sure to download the full ebook, Evidence of Abundance, for a more detailed look at his proof-positive ideas.

Over the last 200 years, the world’s GDP has skyrocketed 100-fold. Humankind has never been more prosperous and productive.

Technology has driven much of this economic growth, particularly with revolutionary ideas like digital money systems for refugees to empower the ‘unbanked’ (those who don’t have a bank account) and blockchain technology (initial coin offerings, Bitcoin, etc.) to raise government funds.

No matter where in the world you are, mortality rates have dropped precipitously over the last 300 years…and exponential technologies continue to advance…

Life expectancy has risen around the world – just 100 years ago, the life expectancy in India and South Korea was only 23. Conversely, teenage pregnancy has dropped by 51% in the U.S. and raised quality of life for young women. In addition, tremendous impacts are being made in healthcare with robotics, virtual reality and gene editing.

…the global annual death rate from natural disasters has plummeted over the past century.

Today, not only are countless preventative measures against cancer and cataracts in place, but the impact of exponential technologies like satellites, sensors, networks and machine learning has helped humans predict and model disasters.

A key measure of economic growth, living standards and poverty alleviation is access to electricity.

Around the world, access to electricity is growing at incredible rates while renewable energy sources are cheaper and cheaper.

Despite the headlines, we’re making steady progress in the realm of food scarcity and hunger.

Technology is making its mark in this field, too, with bioprinted meat, genetically engineered crops, vertical farming, human-free farms and food from electricity.

Thus, as Diamandis so eloquently reasons, “Looking at the data, we truly live in the most exciting time to be alive. And if your mindset enables you to see problems as opportunities, the future is even more exciting than the present.”

…or, in the prolific words of Nikos Kazantzakis..

To the darkness you respond with light.