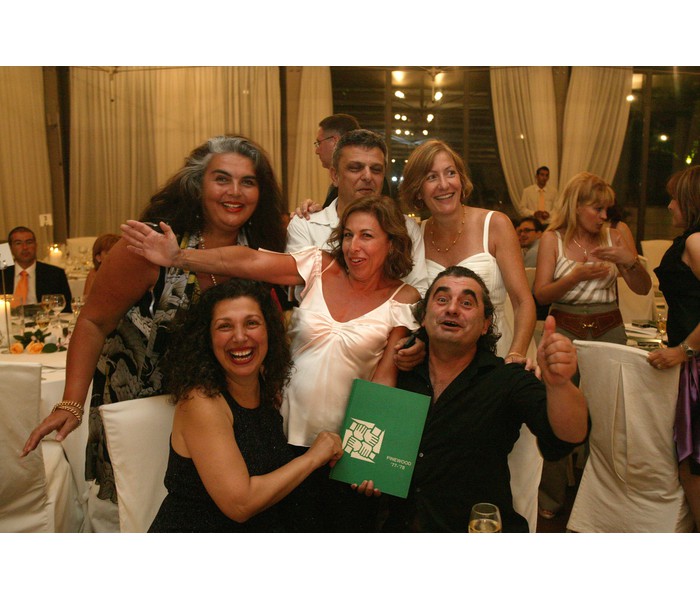 This very special year marks the 60th in Pinewood – The American International School of Thessaloniki’s history. To commemorate this significant milestone, a weekend of celebrations was held June 18  – 20, 2010, which featured six decades worth of laughter, familiar faces and, most importantly, treasured memories. Perhaps even above a noted international institution of academic excellence, Pinewood is a community of alumni, academics, parents, former students, and faculty members bound by a shared history of outstanding education, unparalleled diversity and unwavering school spirit. Nowhere was this spirit more alive than in the culmination of the festivities – the Gala Dinner Dance, which was held on Saturday, June 19 in the Grand Ballroom of the Hotel Nikopolis.

After a warm welcome from our Director, Dr. Peter Nanos, and an introduction from event organizer Ms. Youli Andrianopoulou, the evening kicked off with a few words from Mrs. Paulina Nicopoulos, the President of the Pinewood School Board, and Mr. Thomas Zaralides, the Acting President of the Pinewood School Alumni Association. Mr. Nikolaos Pentzos, President of the Federation of Industries of Northern Greece and a proud Pinewood parent, served as Guest Speaker for the evening and shared with the audience the most glowing of words about the superior quality of the school’s academic programs and the high caliber of the teaching staff. The evening continued with a Special Guest of Honor Recognition of Mr. Peter Baiter, who served as the very fondly remembered Director of Pinewood from 1982 – 2004. The plaque was presented by Ms. Ismene Ioannidou, one of the founders of the school and a treasured former Pinewood teacher, and the school’s current Director, Dr. Peter Nanos.

The Pinewood 60th Anniversary Celebration was made possible through the generous support of our cherished sponsors.

We also thank: The Panagiotis Manos family, Piraeus Bank, and Alpha Bank for their contributions to our 60th Anniversary Sponsor drive.