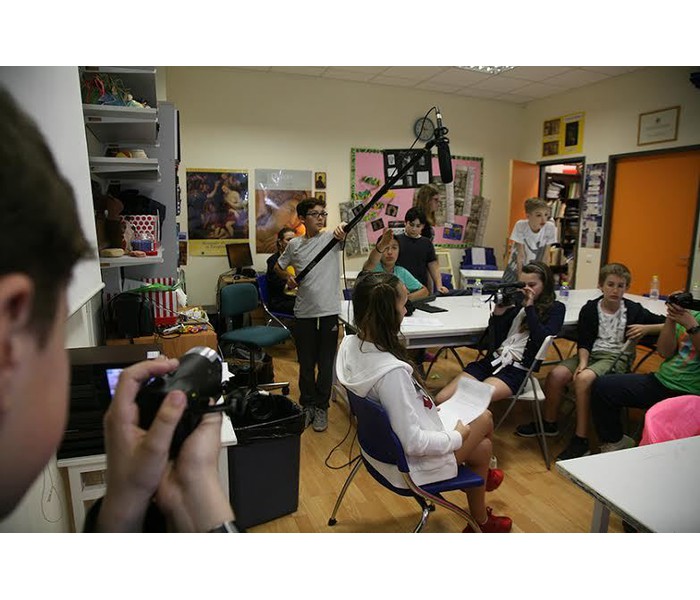 We are proud to communicate exciting news. Our Grade 6 Social Studies students will participate in the EUforia Programme, a transnational cultural partnership between Greece, Hungary and Poland, made possible through funding by European Commission’s MEDIA program.

EUforia Programme, is a hands-on film making project focusing in:

Using film as a vehicle for creative expression our Grade 6 Social Studies students are invited to become themselves creators of meaning through the production of a digital short documentary.

Pinewood students will investigate and present the Rotunda, part of the vast imperial palace at Thessaloniki, constructed by Galerius around the year AD 300. The Rotunda was turned into a Christian church about a hundred years after Galerius’ death and a Moslem Mosque following the fall of Thessaloniki to the Ottomans.

Today the Rotunda is a UNESCO, World Heritage Monument and an “Icon” of Thessaloniki’s history. All Thessaloniki students created documentaries will be presented in Thessaloniki’s International Film Festival, as part of its educational section.  As the Rotunda is a Roman-Early Christian monument the EUforia-Rotunda project fits perfectly within our Social Studies /Host Studies Curriculum.