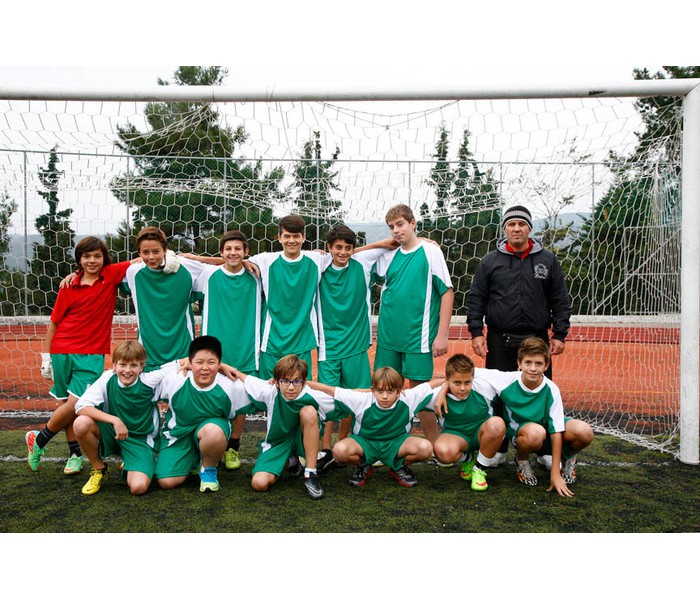 The Pinewood Middle School Soccer team started the season in a very impressive way. After an exciting game, the Panthers managed to defeat 8-6 the Juventus Soccer Academy in a game that was played last Friday October 31st at Anatolia. Juventus caught Pinewood by surprise and managed an early comfortable lead, by scoring four goals within the first 15 minutes of the game. With amazing determination and teamwork, the Pinewood players managed to come back and close the first half trailing 4-3. In the second half, Pinewood dominated the game across the board, scoring five more goals in order to finish the game with a triumphant 8-6 victory. Congratulations to all the players for their superb effort under less than ideal weather conditions and to their coach Mr. Stan Kabanas for his excellent guidance.   Coach Nikos Tsachtanis