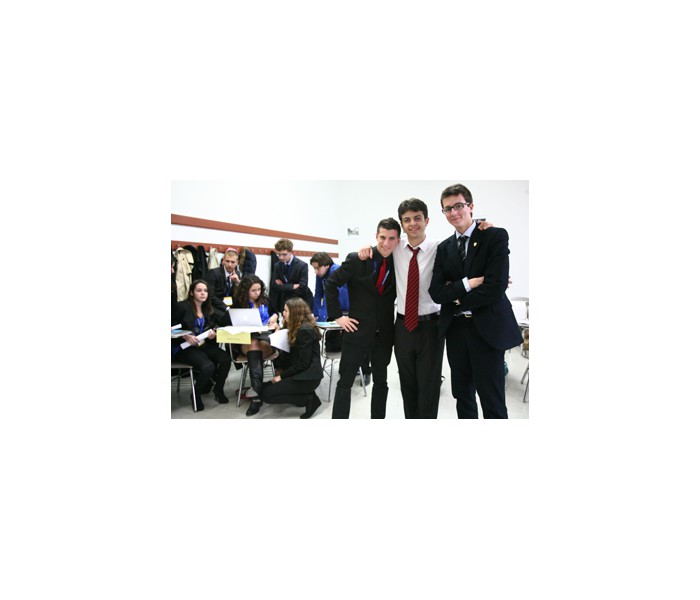 The conference season of Model United Nations (MUN) has come to an end after a whirlwind finally.  Students participated in three MUN conferences this year, TMUN, MUNNY, and ACMUN.  The results this year have lifted the team’s status to new levels as it was awarded four best delegate honors, a best delegation honor, served in two chairing positions, and, for the first time, a team member held a seat in the secretariat of a major conference. Special recognition should go out to Marco Bustamante, Tony Pilato, Juan Nieves, Maria Ndini, Argyrios Doumas, Konstantinos Kehriotis, and the entire Iranian Delegation at MUNNY.

As an added bonus to the year, a numerous and strong Freshman Class has joined the ranks and promises to provide a solid foundation for the team in years to come.

The team will take the month of March off, and then return in April to begin planning, studying, and discussing for next year.  Plus stay tuned to the website for more articles and pictures about our MUN season.