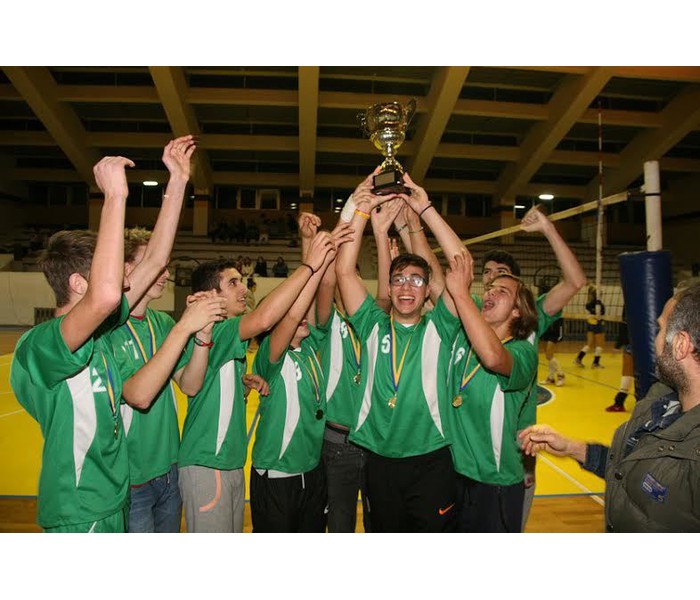 After more than 30 years, Pinewood Volleyball is back at the Top!
Our Boys Volleyball team won first place in the Aegean Tournament, defeating traditionally strong teams like Anatolia and Pierce College.
In the opening game, the Pinewood boys found themselves following 1-0 to the hosting team of Anatolia but managed to upset the whole tournament by coming back and winning the game 2-1, in the tiebreak.
In the second game Pinewood beat Pierce College 2-1 and all we needed was a victory in the last game against Campion in order to clinch the 1st Place.
A strong presence of Pinewood fans (students & parents) in the final game on Saturday evening supported our team’s final effort. Campion proved to have a strong and organized team and won the first set. For one more time though our students with heroic efforts and unbelievable determination and discipline managed to win the second set and lead the game to a tiebreak. There it was a show for one. Pinewood led 11-2 and finally won the set, the game and the tournament in the middle of crazy celebrations and excitement.
Congratulations to all our volleyball players, boys and girls for the excellent results and the superior athletic spirit that they demonstrated and to everyone who was there to support and enjoy those wonderful moments.