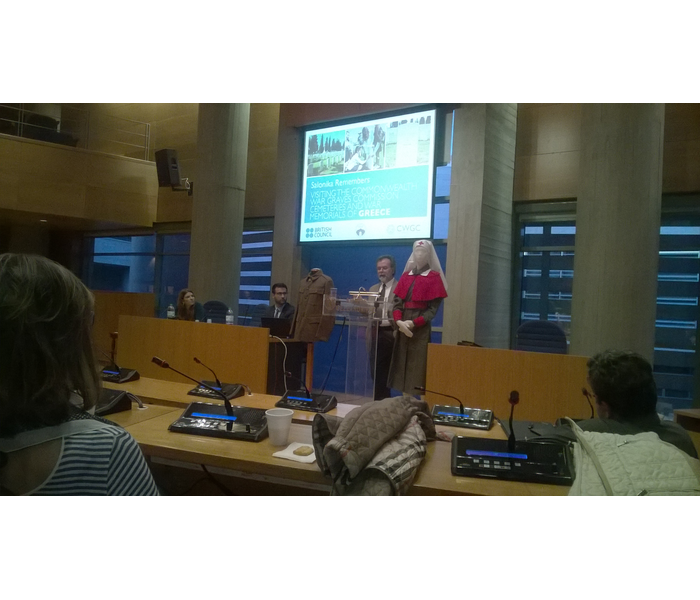 On October 24, an evening conference on the subject was organized by the British Council, the Museum for the Macedonian Struggle, the “Never such Innocence” Organization, and the British Commonwealth War Graves Commission. Pinewood was there. It was an eye-opening experience and a major source of inspiration. Prominent experts on the subject presented their points of view on how we, school teachers, can enrich our curriculum, educating young people about the First World War, its horrible impact on the human soul, but also its decisive influence on modern art.

Through creative means like poetry and art, Pinewood students will soon be asked to participate in a thrilling, world-wide competition in an effort to commemorate the millions of the dead soldiers and civilians who suffered the tragic fate of war. In this endeavor, neither the price nor the promise of a trip is of essence to them, but rather the value of keeping the memory alive. Besides, time and again history has taught us, ‘those who fail to learn from history are doomed to repeat it.’