International Women’s Day is celebrated in March. This year’s theme was #ChooseToChallenge and in honor of the day, I watched a short video about the number of women around the world who have been elected Heads of State, you know, like Indira Gandhi, Margaret Thatcher, Benazir Bhutto, and Angela Merkel.

After watching the video, I decided to ask a bunch of random people how many female Presidents and Prime Ministers they believe have been elected into this highest office in countries around the world. “Oh my, not many!” and “Just a handful.” were the typical responses. The answers were shockingly similar as most people said under 10 women have been elected President or Prime Minister in the world. The actual number is more than 60 women.

It made me realize that we’ve been talking so long about the narrative of scarcity, rightly so due to our deference to the Covid-19 pandemic, and maybe the time is right to shift our thinking to a narrative of abundance as we look to a post-lockdown world. To my delight, I noticed that we have already been doing so at Pinewood this month. I share three photos, two videos, and a story to give you a little push towards a more abundant frame of mind.

This month, Anastasia Panidou, Pinewood’s head psychologist, shared with the faculty and staff a selection of pictures by the activist Lainey Molnar. Through her creative comic-style sketches, Molner aims to demonstrate the abundance of female empowerment within a commentary on modern society. 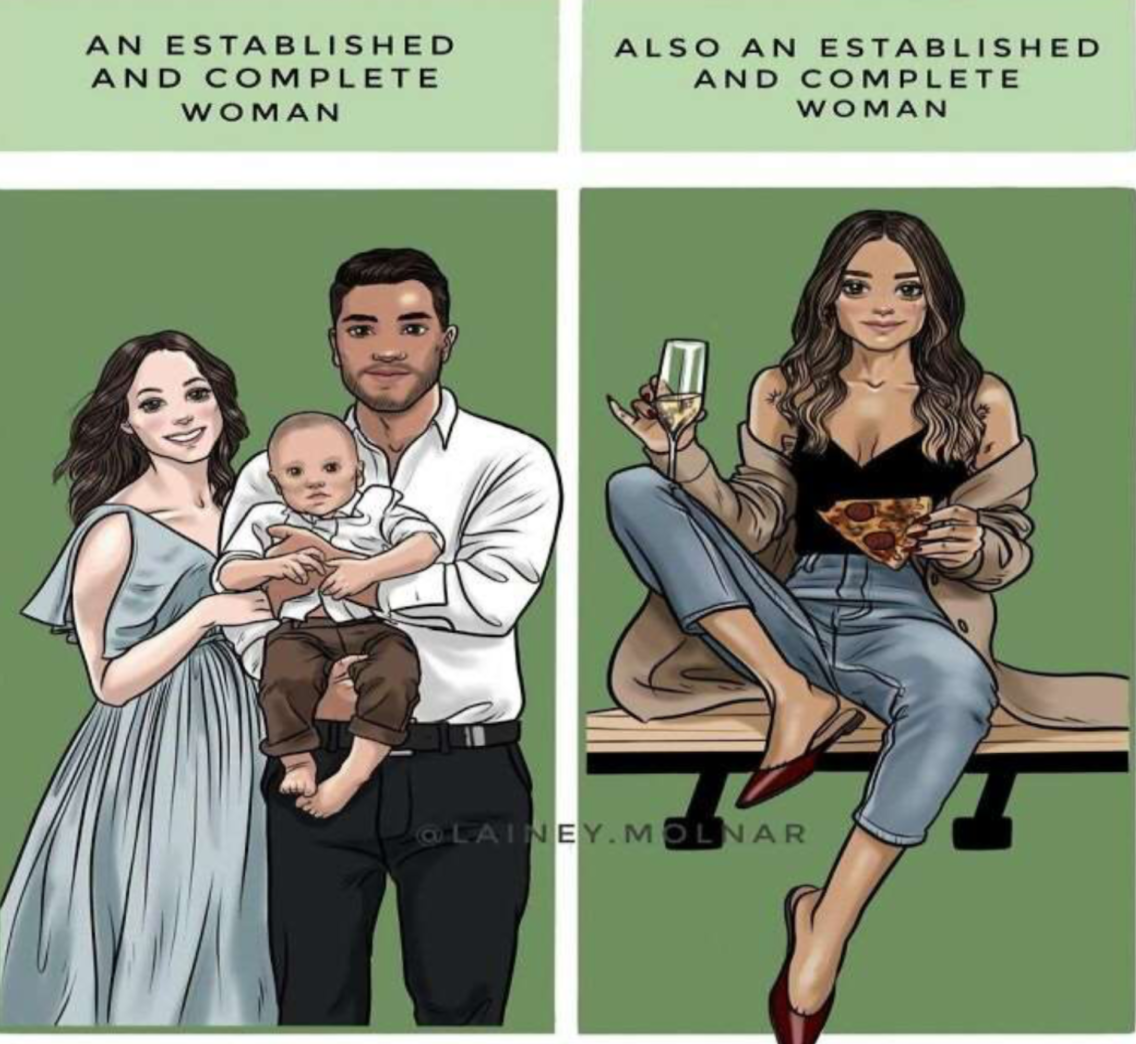 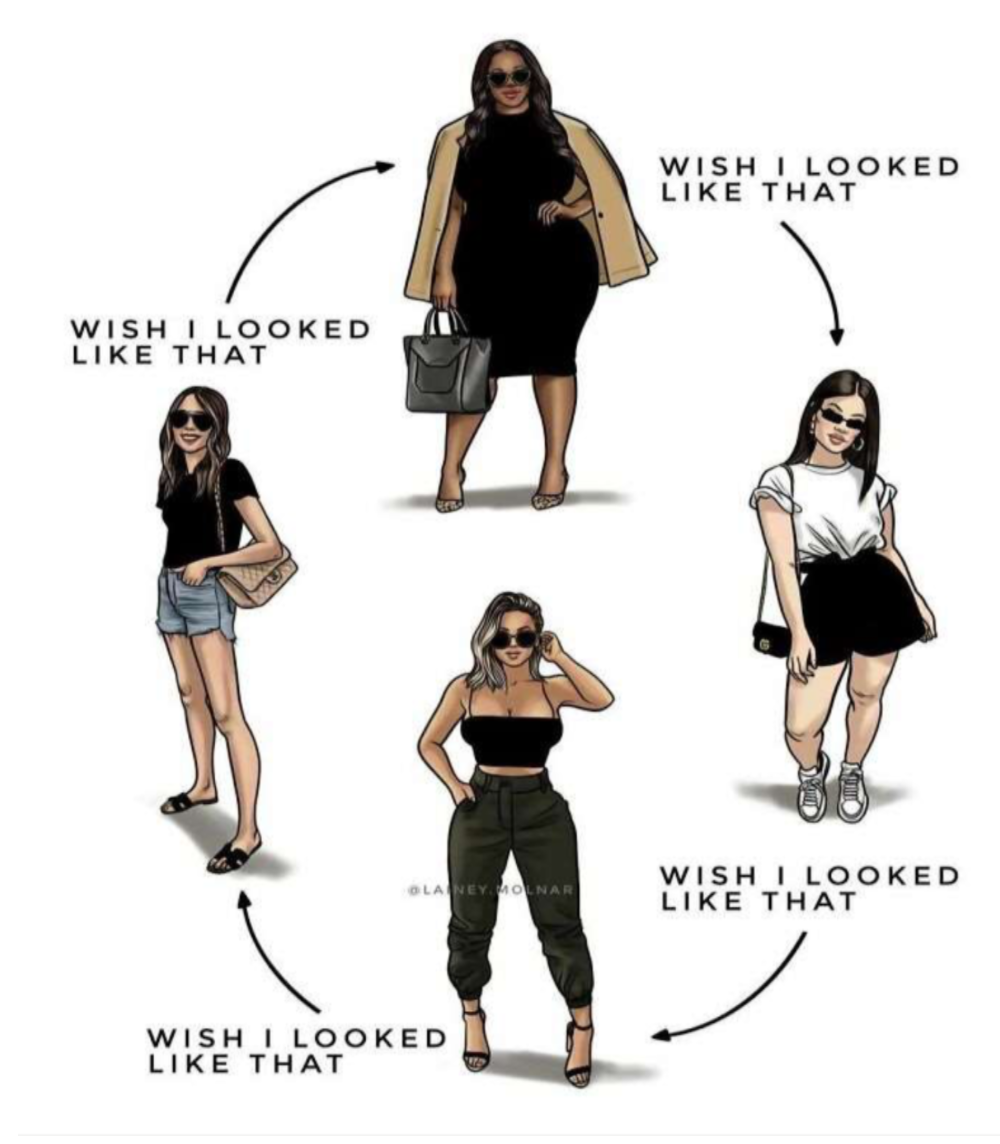 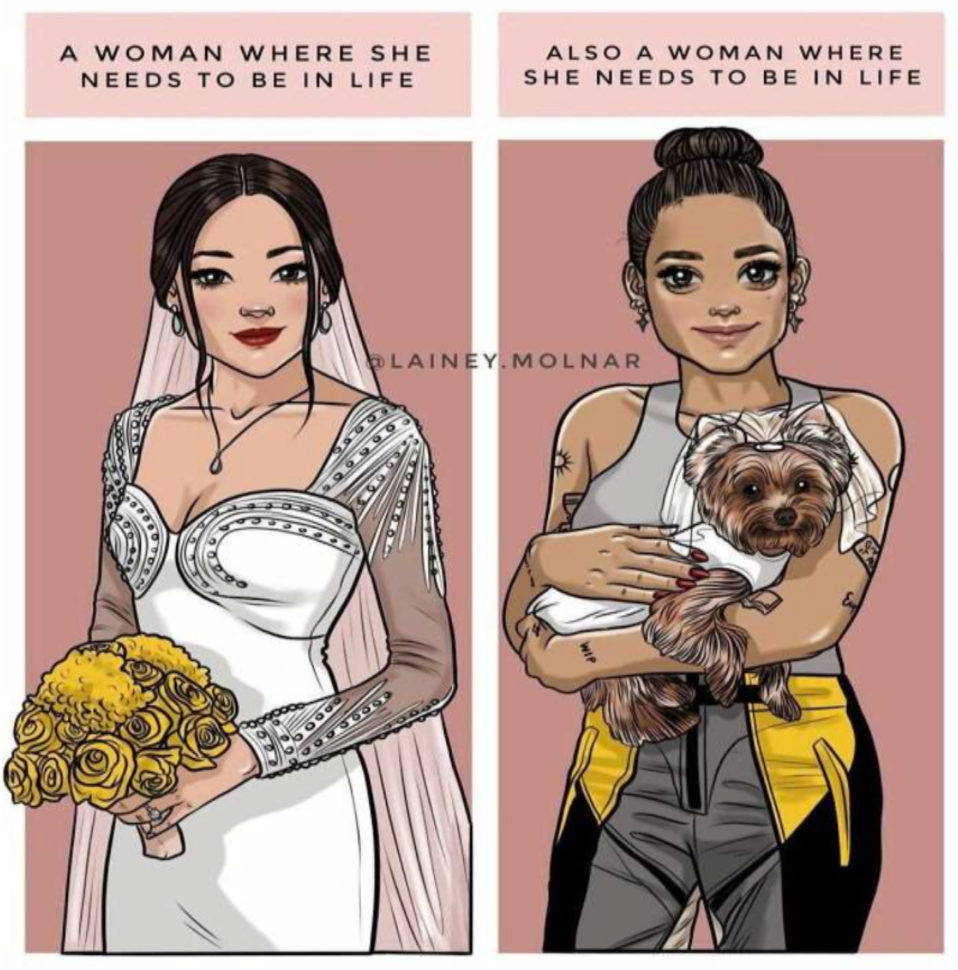 Casey Doumitt, Pinewood’s Secondary Principal, shared with teachers a video of Sina Doering, the young drummer who never saw a challenge she couldn’t shatter. In it, Sina covers The Who’s “Won’t Get Fooled Again” as a tribute to Keith Moon. It is an impressive display of the abundance of Gen Z.

Amanda Cole, one of our Middle School teachers, shared a powerful video with her Grade 6 students this month. In it, the presenter challenges female gender roles as an expose of the abundance of gender identity.

Fiona Gillies, our Elementary Art teacher, shared a great story with me this month. Here it is as she told it to me. “My daughter updated her laptop and it wouldn’t work. As the tech stores were only operating via Click Away and she had an assignment due, she immediately knew what to do. She messaged Andrew, Pinewood Class of 2020 who, over the phone, gave her troubleshooting instructions to get her computer up and running again while he was walking through the subway in New York City (he’s a freshman at Fordham). That sums up Pinewood for me. The connections that are made by kids from all over the world continue even after they graduate and are in different parts of the world!” This is surely recognition of the abundance of the international school experience.

Wishing everyone a swift shift from scarcity to abundance in 2021.