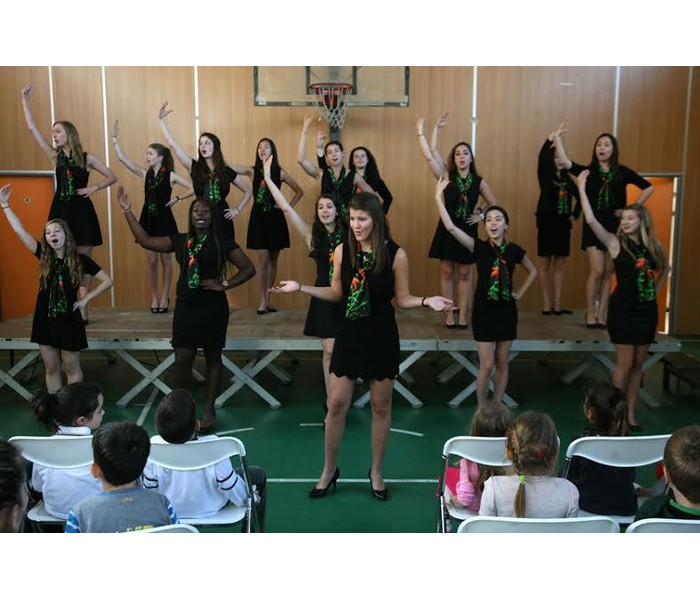 Pinewood warmly welcomed the Princeton Tigerlilies, an undergraduate, all female a cappella singing group, to the school on November 6 for special performances for PreK-Grade 12. The Tigerlilies, founded in 1971 as the first female a cappella group when Princeton first began admitting women to the university, currently consists of sixteen young women from all four years at Princeton, who give performances throughout the year both in Princeton and around the U.S., and occasionally overseas as well. They took advantage of their fall semester break to visit not only Thessaloniki, but Athens as well, where they were hosted by the Princeton Club of Greece and gave various performances. A very special thank you to Mr. Peter Baiter, Princeton ’65 and former Director of Pinewood, for organizing the visit and performances.