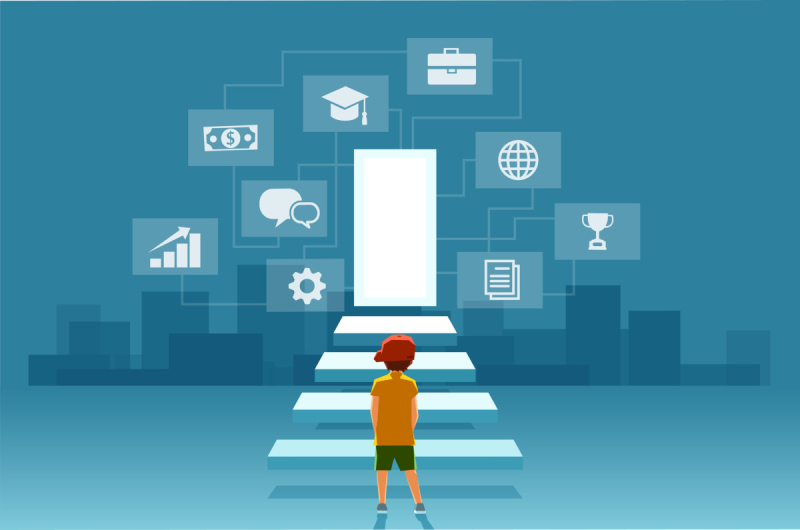 As we commence the new year, I’ve decided to share a blog post from Peter Diamandis’ tech blog.

I’m sharing it because I think we all have a responsibility to be familiar with what is being developed, what is new in the world, and where potential is blossoming for the future of the children we are raising and the students we are teaching.

So, if you are not familiar with Kepler, DeepMind, Zoom (okay, I threw this one in to be nice!), Bitcoin, 5G, Khan Academy, Tesla Model S, Large Hadron Collider, Vertical Farming, or CRISPR, to name just a few, then read on.

This is an invitation to research these and many more areas of the future of our children. 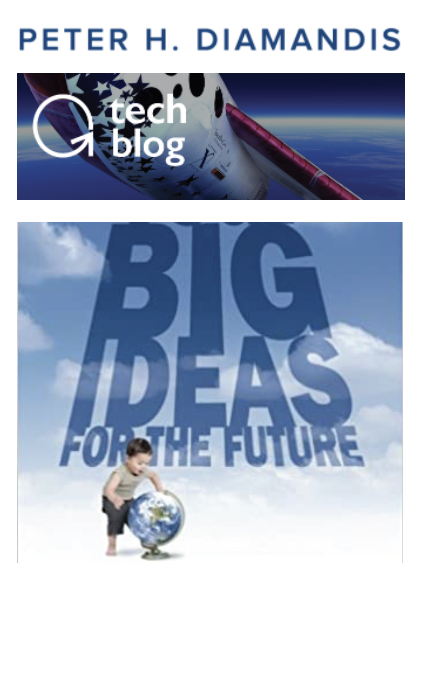 We’re living during the age of “Moonshots,” a time where entrepreneurs and scientists are able to go 10x farther than ever before. The combination of exponential technologies (Computation, AI, Sensors, Networks, Robotics, 3D printing, AR/VR and Blockchain, etc.) are enabling small teams to attempt and achieve crazy ideas. This blog takes a look at the top 50 Moonshots achieved during the past 20 years, since the turn of the millennium. What might be possible in the next 20 years?

Ansari XPRIZE Being Won (2004): The first privately built spaceship to carry humans into space (above 100 km).

Kepler Discovers Thousands of Exoplanets (2009): In the past decade, Kepler alone has identified over 2,600 confirmed exoplanets, more than half of the current total.

Curiosity Mars Rover Sky Crane Landing (2012): At the time, one of the most remarkable space landings ever, the Sky Crane safely landed the largest, most intelligent, and complicated Mars rover in history.

First Man-made Object Created in Space (2014): “Made in Space” and NASA partnered to manufacture the first 3D-printed object in space.

SpaceX Falcon Dragon Carries Astronauts to the ISS (2020): The successful launch marked the first time that a commercial spacecraft brought astronauts to the International Space Station for a long-duration stay. 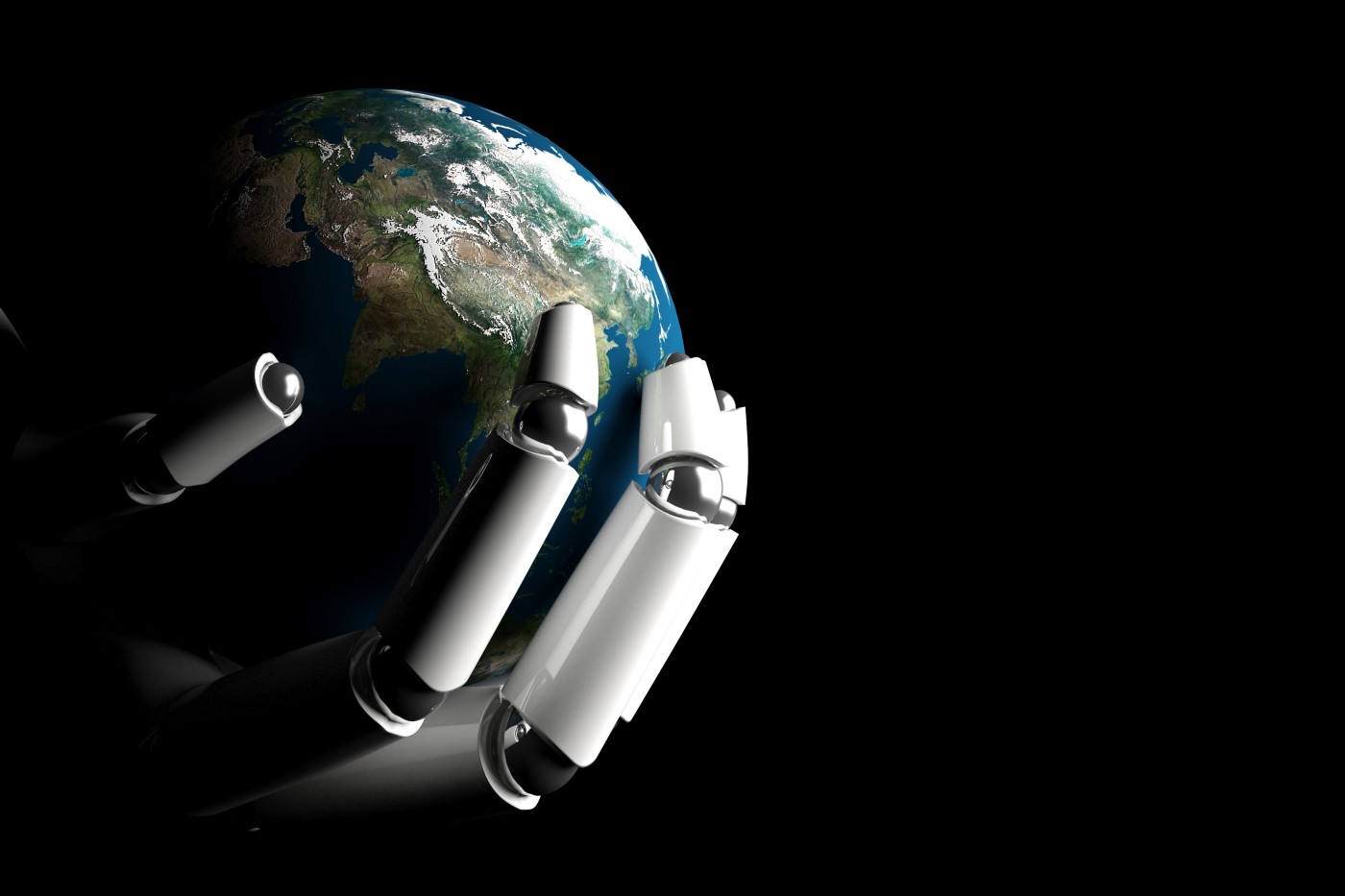 Google (2000+): Organize the world’s information. Google has revolutionized the way people search for information online. There are more than 228 million Google searches every hour.

The First Personal Digital Assistant “SIRI” (2002): The first voice-activated digital assistant, and the predecessor of Apple’s Siri, Amazon’s Alexa, Google Assistant, and others.

IBM Watson Wins Jeopardy (2010): The pivotal point for Watson was when it beat Ken Jennings, the reigning world champion on Jeopardy! in 2010.

Zoom Founded (2011): Zoom turned the video-conferencing market on its head, and during the COVID-19 pandemic it has cemented itself as the pandemic’s most popular place to connect remotely.

Global Launch of IPv6 (2012): The IPv6 networking standard replaced the previous decades-old standard for allocating IP addresses on the internet, making way for a new era of connectivity that spans an endless ecosystem of smart devices.

Commercial Launch of Oculus Rift (2016): Oculus Rift focused on gaming at launch, but its success led to more competition and innovation in the fields of virtual reality (VR) and augmented reality (AR).

Google Announces Quantum Supremacy (2019): Google achieved a milestone by creating the first quantum computer that could perform a calculation that is impossible for a standard computer. Google’s 54 qubit processor performed a calculation in 200 seconds that would have taken the world’s most powerful supercomputer 10,000 years.

DeepMind’s AlphaFold Solves Protein Folding Problem (2020): One of the hardest problems in computational molecular biology was recently solved by Google’s AlphaGo AI. This has potential to lead to radical solutions in cancer, aging, therapies, and medicine.

Skype (2003+): The internet brought the possibility of cheap international calls, but Skype’s technology brought high-quality calls that were completely free.

Facebook (2004+): With 2.6 billion active users per month (a third of the world’s population), Facebook sparked a social media revolution and has transformed the way billions of people share news and personal experiences with one another.

iPhone (2007+): The Apple iPhone was the first touchscreen smartphone with mass-market appeal and inspired other companies in the process. As a result, smartphones have become an integral part of day-to-day life for billions of people around the world.

Bitcoin (2009+): The launch of the new “electronic cash system” and its underlying blockchain technology has potential to transform everything from real estate to healthcare.

Launch of 5G (2019): 5G networks launched and began operations, ushering in a new wave of mobile connectivity at multi-gigabit speeds with low latency.

Wikipedia (2001+): A free, open-source encyclopedia of the world’s knowledge that for the first time in history was accessible to anyone.

YouTube (2005+): From Harvard University lectures on quantum mechanics and favorite T.V. episodes, to “how-to” tutorials and funny cat videos, billions of pieces of content can be streamed on YouTube for free.

Amazon Kindle (2007+): Amazon’s release of the Kindle sparked an explosion of e-readers that have changed the way millions of people read, and disrupted the book publishing industry.

Khan Academy (2008+): With free online video-based tutorials on a range of subjects, Khan Academy has become “the largest school in the world,” with nearly 50 million users across 190 countries.

DARPA Grand Challenge (2004): Offering a US$1 million prize to the winner among fifteen finalists, DARPA launched its first “Grand Challenge” in 2004, the first of several autonomous vehicle trials. While no vehicles were successful in even finishing the first course in 2004, deep learning enjoyed a great technical victory in the mid-2000s that would have remarkable ramifications for the later deployment of machine learning.

Google Maps (2005+): Google Maps changed the way many people travel, and has made getting lost virtually impossible.

eVTOL (2008+): Electric vertical takeoff and landing vehicles don’t require runways and have the potential to create a new transportation ecosystem.

Uber (2011+): Uber leveraged 4G networks and the built-in GPS capabilities of smartphones to upend an entire industry, changing the way we hail rides and turning into one of the most infamous tech startup unicorns of the decade.

Tesla Model S Launch (2012): The Model S changed the game for electric cars in the US, setting a standard for a new, mass-production consumer electric car.

First Autonomous Car Without Safety Driver (2017): Waymo was the first company to put self-driving cars on US roads without a safety driver. By 2019, Waymo cars had driven over 10 million miles in the real world and more than 10 billion miles in simulation.

Large Hadron Collider (2000+): The HLC is the largest machine in the world, and has been at the forefront of verifying our most advanced theories in physics, including the discovery of the Higgs Boson.

GigaFactory (Nevada) Operational (2016+): Tesla launched the decades-long project to fulfill the company’s mission to accelerate the world’s transition to sustainability through affordable EVs and other energy products. By 2018, the GigaFactory was already the highest-volume battery plant in the world.

First Image of a Black Hole (2019): The Event Horizon Telescope project, a global collaboration of over 200 scientists using observatories located around the world captured the very first image of a supermassive black hole, an object containing the same mass as 6.5 billion suns.

Perovskite Solar Cell Achieves 30% Efficiency, a New World Record (2020): Scientists have paired perovskite with silicon in a hybrid solar cell that creates a “tandem” photovoltaic system and allows a larger portion of solar energy to be converted into electricity.

First Lab-Grown Beef Patty Unveiled (2013): With a price tag of over $300,000, the first cultured beef burger patty was created by Dr. Mark Post at Maastricht University, who used over 20,000 thin strands of muscle tissue. The price is expected to fall to $10 by 2021.

Skywater/Skysource Alliance (2019+): Pulling 2,000 liters of water out of the air per day using renewable energy.

Stem Cell-Grown Chicken Approved in Singapore (2020): Singapore approves Josh Tetric’s (Eat Just) Moonshot of creating and selling cell-cultured chicken, making the country the first in the world to allow the sale of meat that has been created in a lab.

Stem Cell Research (2000+): Stem cells are basic cells that can become almost any type of cell in the body, and are being used to grow brain, kidney, heart, and lung tissue. Stem cell research will likely save millions of lives in the coming decades as it continues to advance.

CAR-T Therapy (2002+): Chimeric Antigen Receptor T-cell therapy is a cellular therapy that uses a patient’s own immune system cells to attack cancer in their body. It’s a way to “engineer patients’ immune cells to treat their cancers.”

Sequencing the Human Genome (2003): Successful completion of the international project to identify and map all of the genes of the human genome.

CRISPR / Gene Editing (2012+): By cutting out pieces of harmful DNA, gene-editing technology will change the future of medicine and could eventually eradicate some major diseases. In 2019, for the first time doctors in the US used the gene-editing technique to treat a patient with a genetic disorder.

Gene Therapy (2012+): In 2012 Glybera, a treatment for a rare inherited disorder, lipoprotein lipase deficiency, became the first treatment to be approved for clinical use in either Europe or the United States.