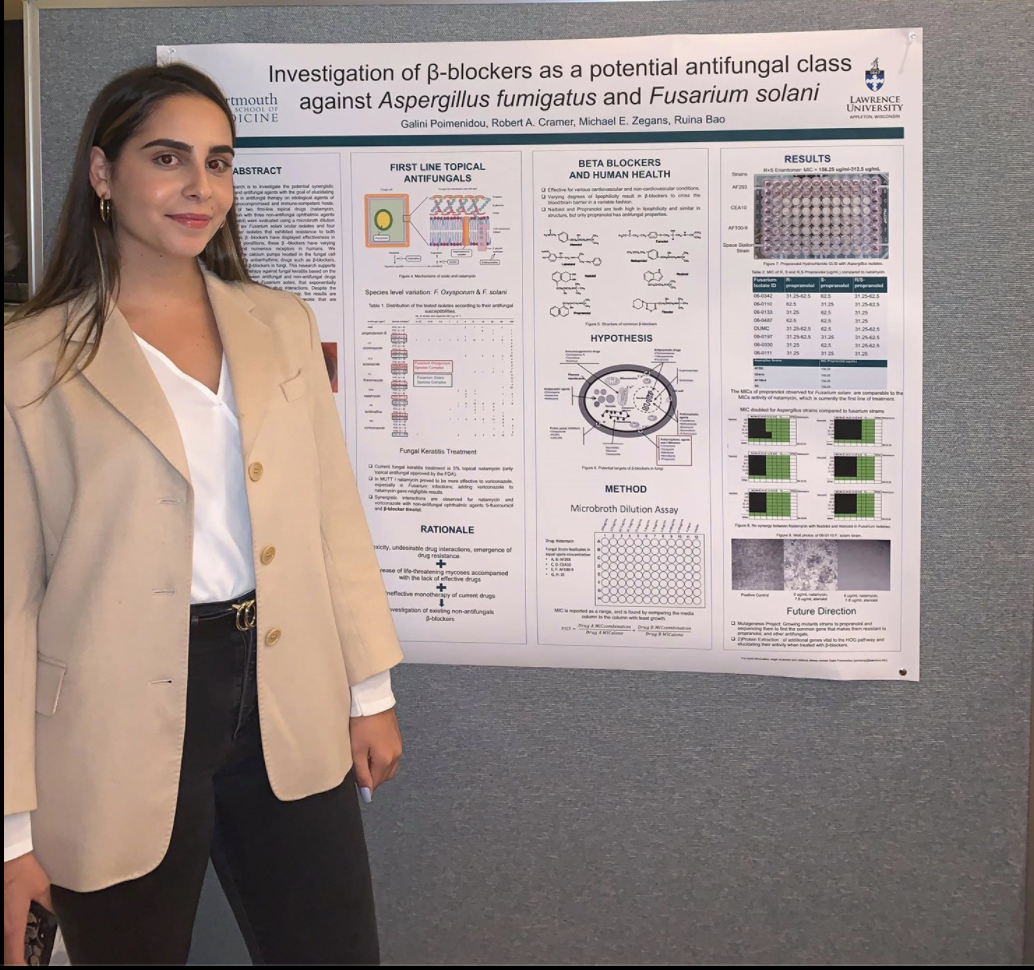 Galini grew up in Kavala and Thessaloniki, Greece and graduated from Pinewood in 2016. She spent 3 years studying in Lawrence University in Appleton, WI. She has developed an inter-cultural awareness and empathy in multiple issues, through being a Greek representative in the European Youth Union, participating in Global Leadership forums and by achieving fluency in English, French, and her native language Greek.

Galini is an upcoming Senior at Lawrence University, where she is double majoring in Biochemistry and Economics (2020). Currently being in the Dean’s List academically, Galini has also managed to balance academics with various leadership roles on campus. Galini has been actively involved in multiple areas of her university that display her commitment to the wellbeing of society and leadership skills. Her roles on campus include being a French, Calculus and Chemistry Content Tutor, the General Secretary Cabinet member of student government for two consecutive years, the Leader and later Supervisor of the Freshmen mentorship program on campus (CORE), while maintaining her position in the International Admissions Department as an Student Caller and International Ambassador.

She is now  heading to Dartmouth Medical School to pursue a Ph.D. in their exclusive PEMM (Program in Experimental & Molecular Medicine) this fall. Galini was shortlisted amongst 300 candidates to the 30 finalists for the program, and after a two-day interview in February, she was one of the 10 students accepted into the program, complete with a full ride and stipend.

The program seeks to train the next generation of scientists and physician-scientists to engage in research in genomic, proteomic, cellular, and organ-based systems for the purpose of translating this knowledge into disease treatment and prevention.

Congratulations, Galini, for pursuing your dreams and never giving up. #pinewoodproud