Congratulations to our Elementary Drama Club students for their amazing performance “Bombs and Blackberries: A children’s play of WWII” on Sunday 29 May 2022 at Anatolia College. The show was a blast and everyone’s efforts asserted that beginning with self-discovery and exploration, matched with dedicated focus on foundational technique followed by diligence towards artistic excellence, young actors become high-quality artists. Students from Grades 3, 4 and 5 worked hard throughout the school year to facilitate not just the production of a play but also to transform themselves into passionate performers with a deep respect for the craft. The context involved the interpretation of difficult history and a discussion on sensitive heritage was ongoing. World War II was declared and millions of children from British towns were being herded to railway stations to be taken to the safety of the countryside. They were delighted to be brought back home at Christmas when it looked like the Germans were not going to invade after all. But the air-raid siren went off and this time it was frighteningly real as they survived the Manchester Blitz on December 22-24, 1940. Thank you all for supporting us and for joining us in unfolding this captivating story written by Julia Donaldson (2003) and illustrated by Thomas Docherty (2018), which is highly relevant at a time when peace, family and love hold a prominent place in our hearts. What a great afternoon filled with enthusiasm, passion and creativity! 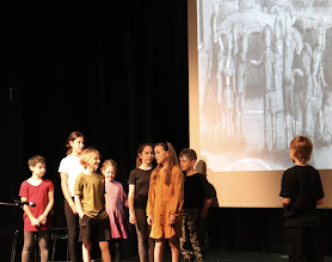 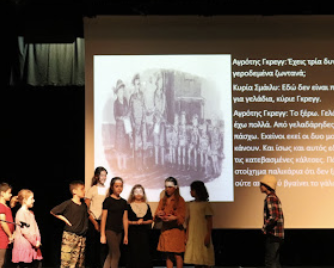 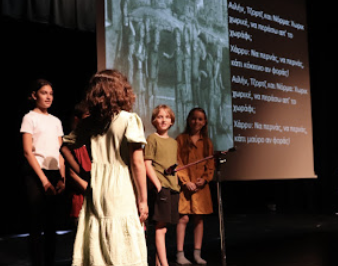