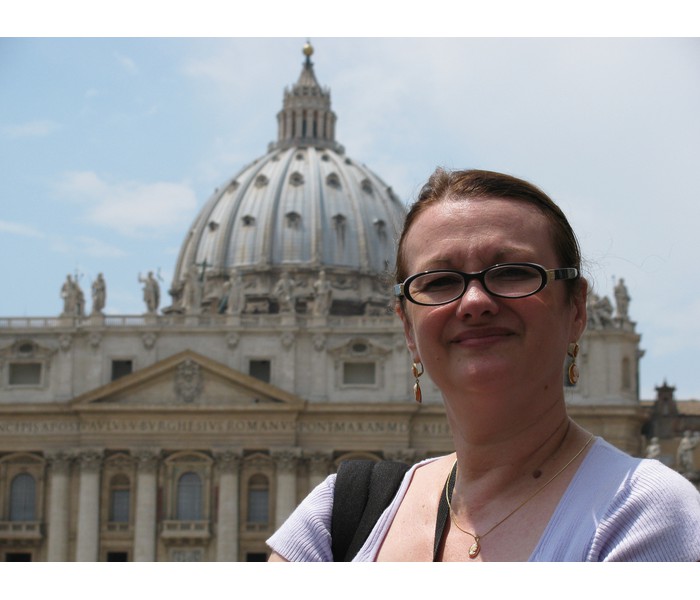 How I Learned English Fast

“till distance grows in my head

dangled motionless from the horizon”

One of the first words I learned

was “armada” in Mrs. Gregoriadis’

class at Pinewood, the American school

on Panorama, the hill above

Thessaloniki. You know the city which

Thessalonians in the Bible). I had to use it in a

sentence which would explain its meaning,

but since it’s used so rarely it wasn’t

how I completed the assignment,

but I know I didn’t do too well.

And I cried in front of the whole

fifth grade class, in front of all

Those American and Greek-American

kids who figured out my initials

could stand for body odour

we were yet too young to even know

what those were used for, or

when they called me “daddy

long legs” as I was the tallest in

the class. In the same class

one day we were asked the usual

question, “What do you want to become

when you grow up?” and the only

word I knew was the same in

English as in my language, “Doctor,”

so I stood up when called upon

and replied as I cried again, “Doctor!” but

that my arm becomes all blue and

bruised when I have my blood

drawn out, and that I almost faint—

becoming a doctor was the last

thing on my mind. Maybe a ballerina or an architect?

realize that I’m still a little

traumatized by how fast I had

to learn English to speak my mind.

I am a Doctor, not the blood

kind, but a Doctor of Philosophy

in English. I know what

OB tampons are used for and use them once

a month, and every day I use fragrant

deodorants lest someone think

of calling me BO again.

to the historic Spanish Armada, but

that it was used against the Iraqis,

then against the Serbs to dismember my country,

to bomb it into submission—not from

ships, but with planes from ships, or from land

bases. Not one American or NATO soldier

died, and  the NATO armada won.

We lost our Kosovo, a whole province,

I—a mother and father, a home to go back to.

Why did I learn these words

of hatred, these English words that pain me?

I’m tired of defending myself—

I’m tired of being multinational,

and please don’t be polite, and tell me

how pretty my name is,

when you’ve never heard it before,

and if I could learn this language

try to, at least pronounce it correctly.

Your assignment for tomorrow

is to find the meaning of five Serbian words

then use them in sentences explaining

their meanings. You will be called on.

Remember that “my own

dead souls, my so called

as any other sad [woman] here

american (Baraka, “Notes for a Speech”).