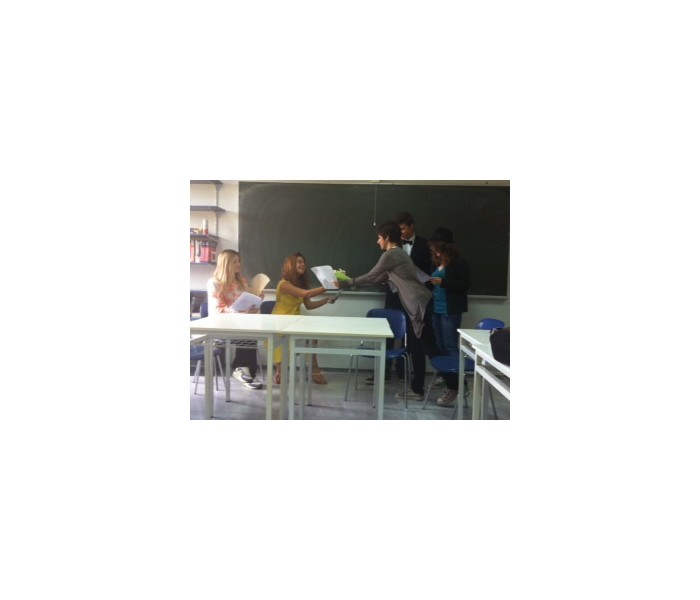 Students in IB English A recently entered the world of the 1920’s Jazz Age through literary performance.  As part of their study of Literature, Texts and Contexts, students worked in small groups to interpret scenes from the novel The Great Gatsby, by F. Scott Fitzgerald. After choosing a particular scene to represent, each group worked cooperatively for several days to write a script for several characters, design costumes, find props and practice performing their roles.  Students devoted a lot of time both inside and outside of class to design and perfect their performances. Finally, on an unforgettable day of drama, each group presented their scene to the rest of the class. The students’ performances were skillfully executed and passionately delivered, and have definitely deepened our understanding of F. Scott Fitzgerald’s classic novel The Great Gatsby.