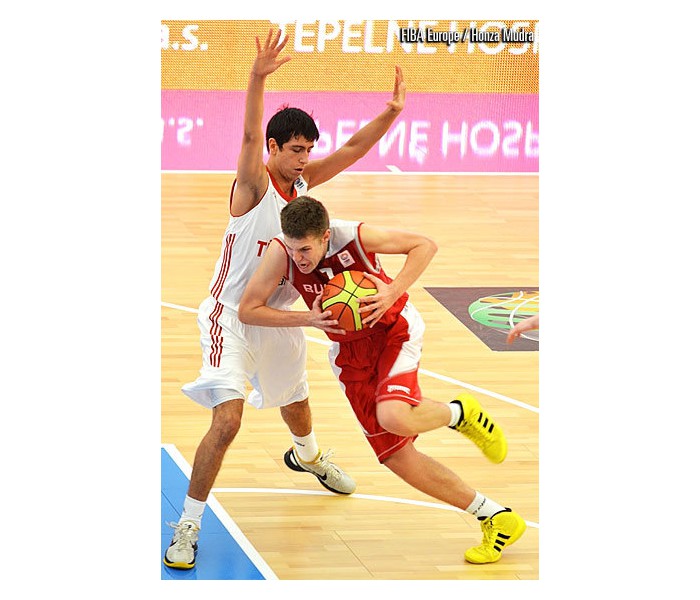 Outside the classroom, our students are richly talented in music, the arts, sports and other areas and many of them spend countless hours practicing these talents. Alexander Vezenkov, Grade 11, an accomplished basketball player, is one such student.

Basketball has always been a part of Alexander’s life. His father was an international player with the Bulgarian National Team, so Alexander began playing in Cyprus, where he was born, at the age of six. He attended Greek primary school and a British international high school in Nicosia before moving to Thessaloniki in 2010 when he started playing for ARIS Basketball Club…and also began attending Pinewood.

With commitment, enthusiasm and hard work, Alexander has already generated an impressive list of achievements. He won the Pan-Hellenic Basketball Championship with the ARIS Cadet team and was named “All 1st Scorer” and “All 2nd Rebounder” in the European FIBA Basketball Tournament for U16 with the Bulgaria National Team.

This year, he was promoted to the professional team of ARIS and played in a number of games against famous basketball players. He also led the effort of the ARIS U19 team all the way to the final. This summer, he will be leading the Bulgarian U19 team in another European tournament in Latvia and Lithuania.

Alexander is a steadfast example of the student-athlete. He practices more than 4 hours every day and still manages to maintain very good grades. For example, in his first year at Pinewood, he was eligible for National Honor Society, received Honor Roll recognition and received the Departmental Award for Excellence in Physical Education.

Although only a junior, several top universities from the USA have approached Alexander with full scholarship offers to play NCAA Basketball after graduating from Pinewood next year. This is a promising sign of great things to come.

We wish Alexander the best in his career path as a college and professional basketball player and thank him for being such a prized role model to his Pinewood classmates.