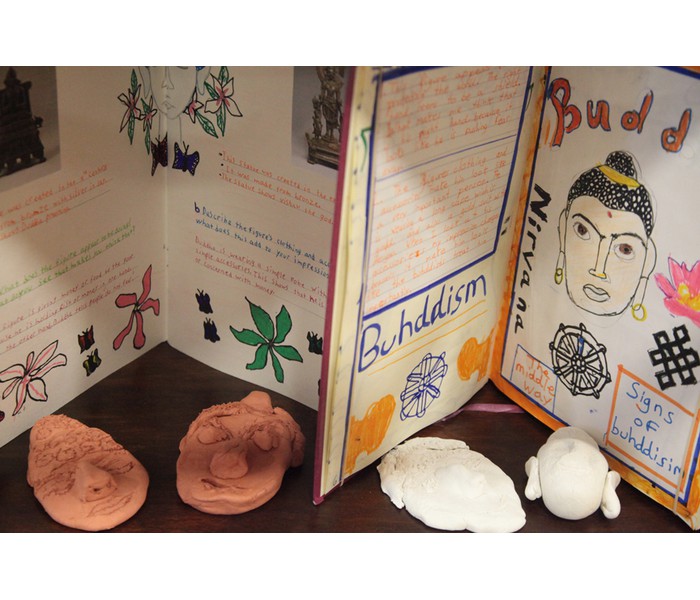 The Gupta Empire existed at the same time as the Roman Empire. While we cannot say for sure, the two probably knew of each other. It is called the “Golden Age” of ancient India because people lived in peace and prosperity. The people had religious freedom as well. Hinduism spread, and was clearly the preferred religion, but Buddhism flourished as well. The empire provided simple health care for free. Writers, artists and musicians were paid to produce exquisite works of art. Most people were not educated, but the higher castes were, and the established universities were so famous that scholars from China visited them, to learn.

The Visual Arts 6 and Social Studies class, prepared and delivered a collaborative Project on Buddhist Sculpture. The goal for Social Studies students was to study the Gupta period Buddhist sculpture, analyse and present the dignity of postures and the serenity of Buddha expression. Using inspiration from the Social Studies lessons on Buddha, visual Arts students explored texture and the use of clay. They were introduced to molding and sticking pieces of clay together and diverse ways of creating texture. As a result, everyone created a 3D sculpture of Buddha!

See the Grade 6 exhibit in the Pinewood halls!