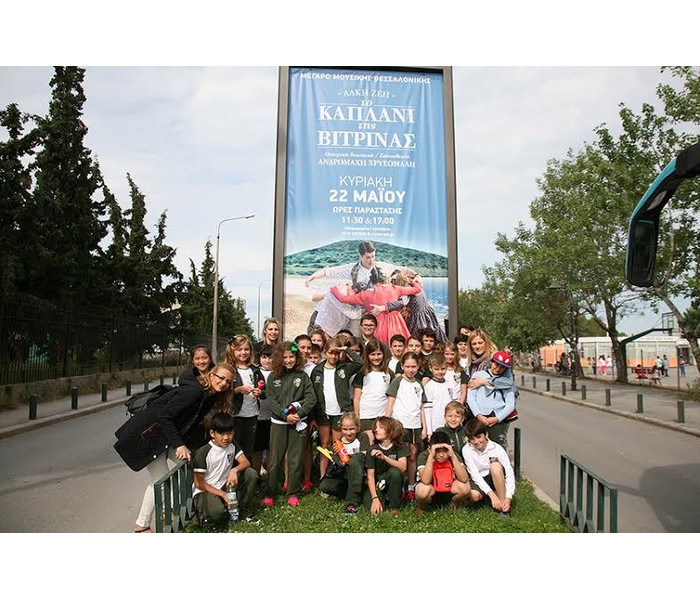 The Greek department took Grades 4 & 5 on an exciting trip to the Thessaloniki Concert Hall, Μέγαρο Μουσικής Θεσσαλονίκης to see the theatrical performance of “Wildcat Under Glass” (Το Καπλάνι της Βιτρίνας) by Alki Zei. Students had read the book this year in their Greek class. Therefore, it was a great experience for them!

First published in 1963 and translated in about 35 languages, Wildcat under Glass is internationally acclaimed as a classic literary work having been successfully and repeatedly published in many countries apart from Greece. The story is set on an island in Greece during the 1930’s as the nation is forced into a Fascist dictatorship. It is told through the eyes of a young girl named Melia, who relates the experiences of her family as they are forced to accept life under a repressive government. The book provides an interesting look at an important period of Greek history and tells it from a child’s perspective. The naturalness and liveliness of the dialogue is combined with the seriousness and depth of the meaning. In a playful atmosphere, the reader is aware of and enjoys a mature thought that deals with and analyses social visions while trying to discover the threads that move them. The value of the book consists in precisely this combination. One of its virtues and what makes it universal is also that the narration, although set in Greece at a particular period of time, seems somehow spaceless and timeless.